Almost a month after they fueled the dating speculation with pics from their tropical vacation, the Instagram model leaves a flirty comment on the hip-hop mogul's thirst trap.

AceShowbiz - Miracle Watts seemingly no longer has any intention to hide her feelings for Sean "P. Diddy" Combs. Months after they were first rumored to be romantically linked to each other, the Instagram model appeared to have confirmed their relationship with her flirty comment on the rapper's Instagram post.

On Saturday, April 3, the Bad Boy Entertainment founder posted a picture of him baring his chiseled arms and chest while soaking in the water. "Welcome to the LOVE ERA," he captioned the snap, while tagging "Off the Grid" as the location.

Noticing the thirst trap, Miracle couldn't take her eyes off it as she admitted in the comment section, "GEEZZZZ!" She added two smiley face with heart eyes emojis to further express her feelings.

Around four weeks before, Miracle and Diddy fueled speculation that they may be closer than just friends after they posted pictures from their tropical vacation. While neither of them was featured on each other's shots, the photos indicated that they seemed to be at the same place around the same time.

Previously, the Miracle Lash owner celebrated her 27th birthday with a huge party, during which Ciroc and DeLeoin Tequila, Diddy's newest drink, were served. Miracle was also spotted sitting right next to Diddy at his New Year's Eve party, which was significantly downsized after his annual lavish party was canceled.

Diddy has neither confirmed nor denied the dating rumors with Miracle as he has never been in an exclusive relationship since his longtime romance with Ciara ended for good in 2018 after they dated on-and-off since 2012. He was previously also in a longtime relationship with late model Kimberly Porter, with whom he shared three children together. 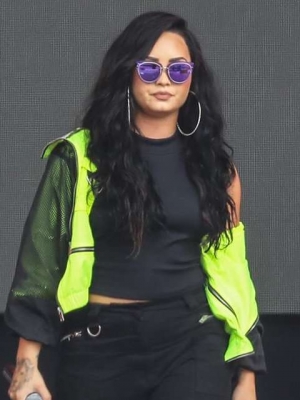