David Schwimmer, Jennifer Aniston, Courteney Cox, Lisa Kudrow, Matthew Perry, and Matt LeBlanc are expected to appear as themselves for the much-anticipated reunion.

AceShowbiz - The "Friends" cast won't appear in character during their highly-anticipated reunion.

David Schwimmer, Jennifer Aniston, Courteney Cox, Lisa Kudrow, Matthew Perry, and Matt LeBlanc are reuniting for the HBO Max special in Los Angeles this month (Apr21), with David hinting during an appearance on Britain's "The Graham Norton Show" that they are working on something exciting for fans.

"I'm going to L.A. to shoot the Friends reunion," he said. "I will get to see everyone for the first time in years."

And asked if he will be in character as Ross Gellar or appear as himself in the reunion, he said, "I'll be David. Nothing is scripted and we are not in character. We are all ourselves, although there is one section of it that I don't want to give away, but we all read something."

He also added jokingly, "I should have (studied) up on old episodes, but I just haven't been able to bring myself to catch up on the 236 shows. I guess I need to watch a lot over the next five days!"

Meanwhile, Jennifer previously insisted the reunion special will be "even more exciting" after it was delayed last year due to the Covid-19 pandemic.

Jennifer admitted that whilst she feels a "glass half-full" about filming being pushed back due to the ongoing threat of the deadly virus, having more time to work on the show will enable it to be "more fun."

Speaking to Deadline, she said, "Unfortunately it's very sad that we had to move it again. It was, 'How do we do this with live audiences?' This is not a safe time. Period. That's the bottom line. It's not a safe time to do it."

"But you know what? This has also given us more time to make it even more exciting and more fun than it would have been. So I choose to see it as the glass is half-full that it got postponed. Look, we're not going anywhere. You're never going to get rid of Friends, sorry. You're stuck with us for life guys." 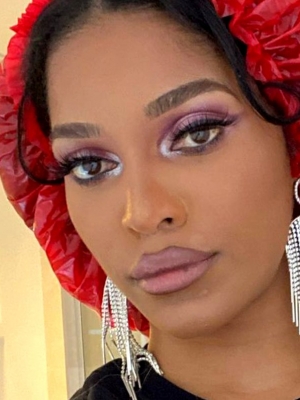 Big Cockroach Crawls Behind Sheryl Underwood on 'The Talk', Fans Freak Out

'Beauty and the Beast' Prequel Series Officially Ordered by Disney

'RHOBH': Erika Jayne Opens Up About Her 'Complicated' Divorce