In a new Instagram Story picture, Drizzy is seen donning front-swept longer hair with bangs and the bangs are not the only shocking thing in the rapper's new hair makeover.

AceShowbiz - It's new year, new me for Drake. The "In My Feelings" hitmaker shocked fans after he took to his Instagram account over the weekend to share a new selfie of himself rocking questionable new hairstyle.

In the picture, Drizzy was seen donning front-swept longer hair with bangs. The bangs were not the only shocking thing in the rapper's new hair makeover. The 34-year-old spitter also had a heart shaved into his hair. Captioning the picture, Drake simply wrote, "BIG #MOOD." 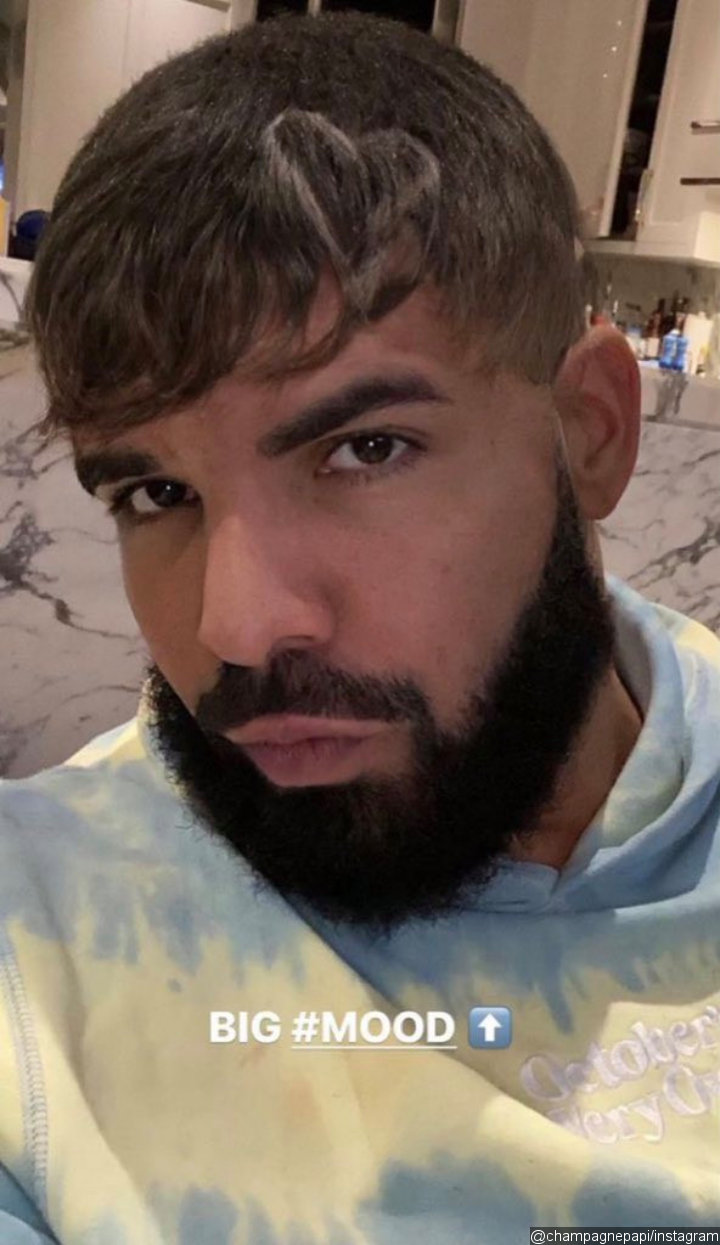 "This cannot be a real haircut," one fan commented on the picture in disbelief. Bringing Justin Bieber into the discussion, someone else added, "S**t looks like a @justinbieber haircut from 2011." Meanwhile, others thought that Drake's new haircut looked similar to NeNe Leakes' and Debi Lobado's buzz cut.

Despite the unlikely, another fan thought the haircut was actually real. "Hey Yo!!!!I saw this haircut n chuckled thinking it was photoshop click bait n I was gonna see another haircut like a fade. I fell out when I realized this was the real haircut. WTF is my dude Drake doing?!?" the person opined. "This better not catch on with this questionable young generation." Another user simply reacted, "Ew."

It remains to be seen whether Drake really has the "loverboy" haircut or that was just a Photoshop prank. A fan shared a video of Drake in Bahamas to ring in 2021. In the short clip, the "Scorpion" musician, who wore all-black outfit, was seen sporting his usual short cropped hair.

Drake also seemingly treated the pic as a teaser for his sixth studio album, "Certified Lover Boy", that will be released in January. Back in October, the "Laugh Now Cry Later" MC teased the project on his 34th birthday by dropping a teaser video featuring a young boy gazing up to the sky. The scene then cuts to a pensive Drake, who is sitting at a table with a heart shaved into his hair.