The boyfriend of Dua Lipa, despite having Lyme disease which can lead to a higher risk for Covid-19 complications, 'absolutely' refuses to get injected with the vaccine.

AceShowbiz - Anwar Hadid apparently is against vaccination. The younger brother of Bella Hadid and Gigi Hadid revealed in an Instagram Q&A that he refused to get injected with Covid-19 vaccine.

Although he might be at a greater risk of suffering from complications if he caught the coronavirus due to his Lyme disease, Anwar said "absolutely not" to the vaccine. 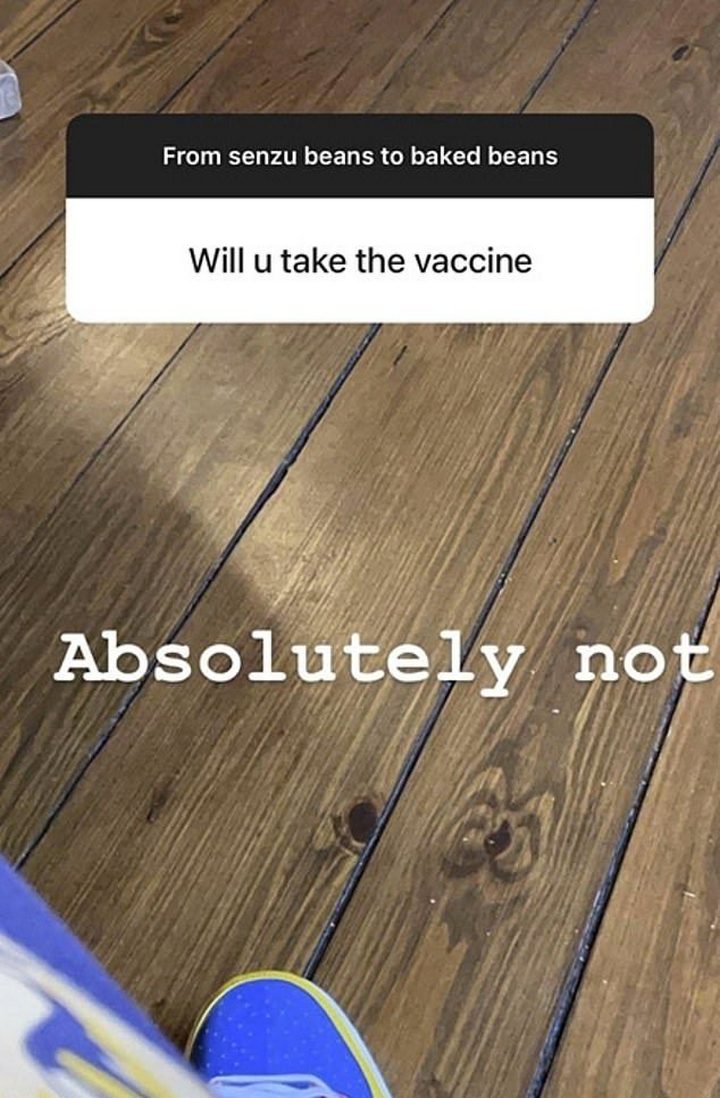 When asked why, the model who's dating Dua Lipa said he'd rather take his chances in contracting the airborne virus, fighting it off, and developing antibodies.

"Either I just don't get it or I get it and god willing heal from it and get antibodies rather than do that process unnaturally," he explained before adding, "Our bodies are made by the creator to do way more than we think." 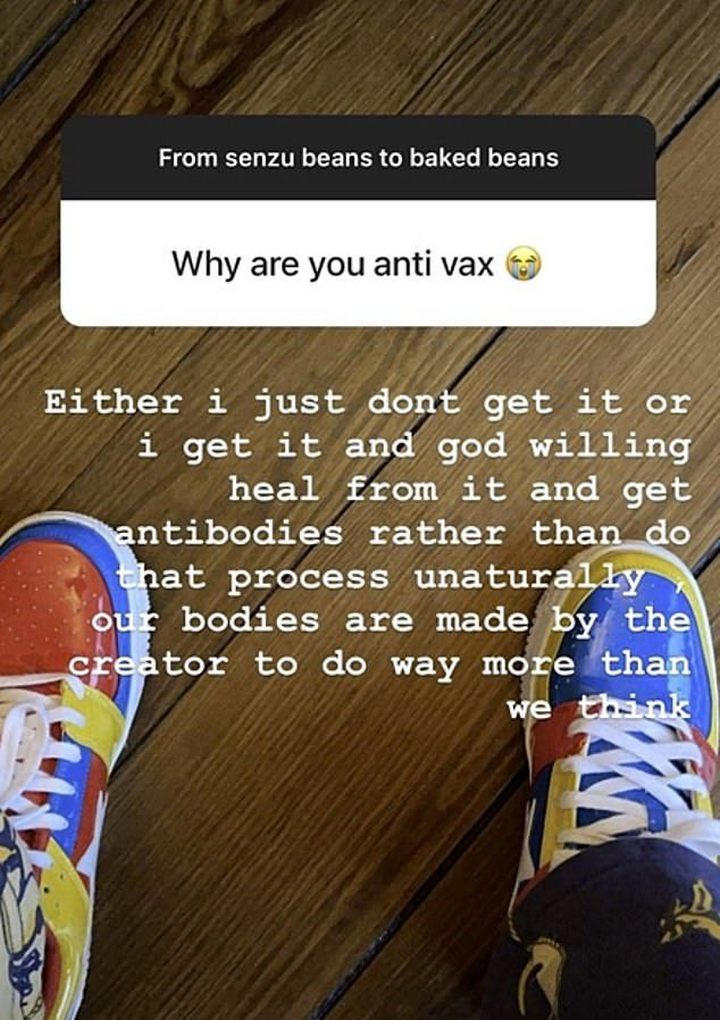 Anwar Hadid never publicly talked about his Lyme disease. It was his mother, Bravo reality TV star Yolanda, who said on multiple occasions that he and sister Bella got diagnosed with the illness in 2012.

Yolanda's then-husband David Foster later commented on how they may have contracted the disease. "They all were around horses their whole lives. They're all equestrians, and they know now that [Lyme disease] is transmitted by horse flies as well as deer ticks, so it's possible they got it by hanging around horses," he said. "We don't know."

But in a 2016 episode of "The Real Housewives of Beverly Hills", restaurateur Lisa VanderPump claimed Anwar's father, Mohamed Hadid, told her that Anwar and Bella did not have Lyme disease like Yolanda said.

However, Mohamed quickly set the record straight as he remembered their discussion differently. He stated, "I can only imagine that my response to a question asking how my kids are doing with 'fine' was misconstrued. I have too much respect for all five of my children to speak about them publicly... in a restaurant or otherwise. I won't speak further on something that should now be put to rest."

Yolanda also posted an Instagram picture of Bella receiving treatment for Lyme disease. "Watching my brave babies [suffer] in silence in order to support me in my journey has struck the deepest core of hopelessness inside of me, it is because of them that I continue to fight relentlessly," she wrote wrote. "I will not allow them to live a life of pain and suffering……. I will prevail and walk to the end of the earth to find a cure for them and millions of others debilitated by this invisible disease!!!! We all deserve to live a healthy life, don't you think?"

DaBaby and DaniLeigh Celebrate Daughter's 1st Birthday Together Despite Split

The Wrecking Crew's Bill Pitman Passed Away After Fracturing His Spine

Ashley Judd Found Mother Naomi Alive After She Shot Herself