The French DJ and producer has topped DJ Mag's annual Top 100 DJs poll for the second time in his career, and has been presented with his award during virtual awards show in Amsterdam.

The French DJ and producer came out at number one on the rundown - almost a decade after he first took the top spot back in 2011 - and was presented with his award during the AMF Presents Top 100 DJs virtual awards show in Amsterdam.

"Thank you so much to everyone who voted for me," he said. "To think it is 40 years since I first played in a club, and 10 years since I last won this award makes me quite emotional."

"When I first won nine years ago I got a lot of hate for merging dance music with mainstream and pop and looking back now and seeing how it has shaped the industry and made it evolve is absolutely crazy."

"Winning now after I've gone back to what I did originally and releasing more underground music with my friend Morten and 'Future Rave', and with 'Jack Back', makes it even more special," continued the "When Love Takes Over" hitmaker. "I owe everything to my fans and whatever the future brings, I'll be there, ready to soundtrack the party, and I hope you will too."

Other top acts in the rundown include last year's winners Dimitri Vegas & Like Mike, who came in second, followed by Martin Garrix at three, Armin van Buuren in fourth place and DJ Alok at five - switching places with Marshmello who slides down to the 11th spot. 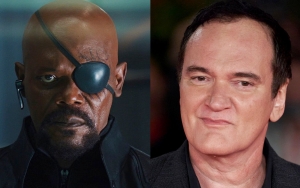