As they are advised to quarantine themselves following a COVID-19 exposure last week, it has been reported that the exposed on-air personalities will continue hosting their shows from home.

AceShowbiz - FOX News President and some of the network's anchors as well as air personalities were reportedly advised to quarantine. It was reported on Sunday, October 25 that they had a close contact with a person who tested positive for COVID-19 last week. Among those who were asked to quarantine were anchors Bret Baier, Martha MacCallum and network president Jay Wallace.

According to The New York Times, an infected person shared a chartered flight from Nashville to New York with Wallace, Baier and Maccallum. Also among the passengers were Juan Williams and Dana Perino. At the time, they were all returning to New York after being in Nashville for the final presidential debate on Thursday, October 22.

As they were advised to quarantine themselves, it was said that the exposed on-air personalities would continue hosting their shows from home. A spokesperson for FOX News, however, refused to confirm the details. The spokesperson went on to explain that they need to keep private health information confidential.

FOX News' chief White House correspondent John Roberts also took a test as he was among those who had been around POTUS before he revealed that he had the novel virus. Roberts also tested negative for COVID-19.

During their stay in Nashville for presidential debate coverage, FOX News gave its staff members an easy access to COVID-19 test as it regularly tested its staff, according to The New York Times. Additionally, the Commission on Presidential Debates made sure that the journalists and others had to fit into a set of requirements to be able to gain access to the venue. 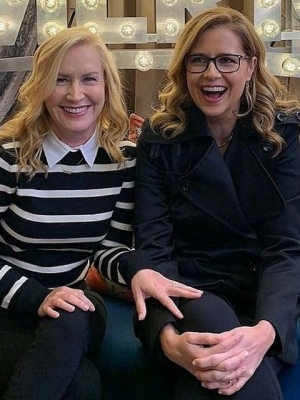 'The Bachelor' Recap: New Women Arrive, One of Them Is Accused of Being an Escort

Christa B. Allen Invites Fans to Join Her on TikTok After She's Not Invited to 'Revenge' Reunion