In a new interview, the former Grammys host admits he doesn't understand the 'constant disrespect' towards the recording academy, saying, 'What the f**k is he doing?'

AceShowbiz - Remember the one time when Kanye West made the Internet baffled by urinating his Grammy trophy? LL Cool J let it be known during his recent appearance on "Desus & Mero" that he is not here for his fellow hip-hop star's action, telling him to urinate his Yeezy stuff instead of the trophy.

"With all due respect, I think Kanye should just--maybe he should just piss in a Yeezy or something instead of pissing on a Grammy," he said in the episode. "Piss in a pair of one them Yeezys, B. I felt some kind of way about that shit. I didn't love that shit, because I've been with the Grammys for five years."

Even though LL Cool J, who has hosted the annual show several times in the past, admitted that the recording academy is not entirely innocent, they also didn't deserve the "constant disrespect" from Kanye. "Look, now don't get me wrong, there have been some foul things that have happened to some artists around the Grammys; they are not without flaw," he pointed. "But piss on one those f**king space shoes or something ... C'mon, man. What the f**k is he doing?"

Last month, Kanye created headlines by posting a video of him urinating one of 21 Grammy trophies that he put in a toilet bowl. His action was a part of his effort to get back his own master recordings and help other artists suffering from similar situations.

"When you sign a music deal you sign away your rights. Without the masters you can't do anything with your own music. Someone else controls where it's played and when it's played. Artists have nothing accept the fame, touring and merch," he said at the time, adding, "The artist deserve to own our masters…artist are starving without tours…Ima go get our masters…for all artist…pray for me."

These Celebrities Secretly Welcoming a Child During COVID-19 Pandemic 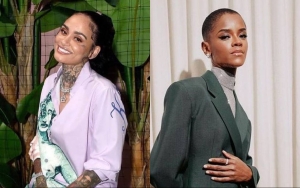 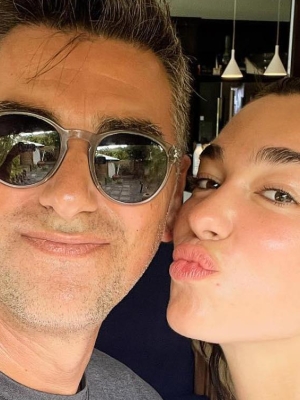