AceShowbiz - Fans took to Twitter to blast the omission of Kelly Preston, Kobe Bryant and Nick Cordero from the 72nd Primetime Emmy Awards' In Memoriam segment on Sunday, September 20.

As usual, the Emmy Awards honored icons that the television world has lost over the past year, such as Chadwick Boseman and Naya Rivera, in their touching highlight reel. However, some fans were left disappointed that a few big names were noticeably absent, particularly Preston, Bryant and Cordero.

Athlete Bryant - who tragically died in a helicopter crash on 26 January alongside his 13-year-old daughter Gianna and seven others - was a mainstay on television during his years-long career. And with the virtual ceremony taking place at The Los Angeles Staples Center, the home of his famous team the Los Angeles Lakers, also popularly known as "the house that Kobe built" - his exclusion ruffled feathers.

"Surprised that they left #KobeBryant out of the In Memoriam segment. Granted, he wasn't really part of the television industry, but as an NBA star, he still had a strong presence on television. #Emmys," tweeted one fan. 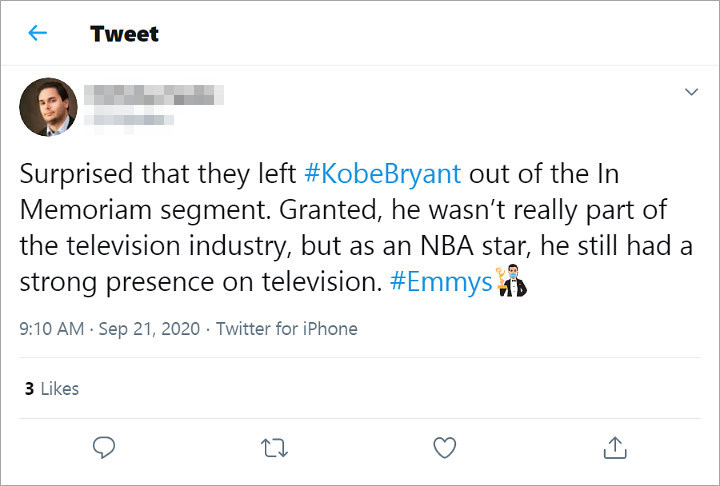 "What! No #KobeBryant #inmemoriam? He was on TV all the time! #Emmys #Emmy," another added. 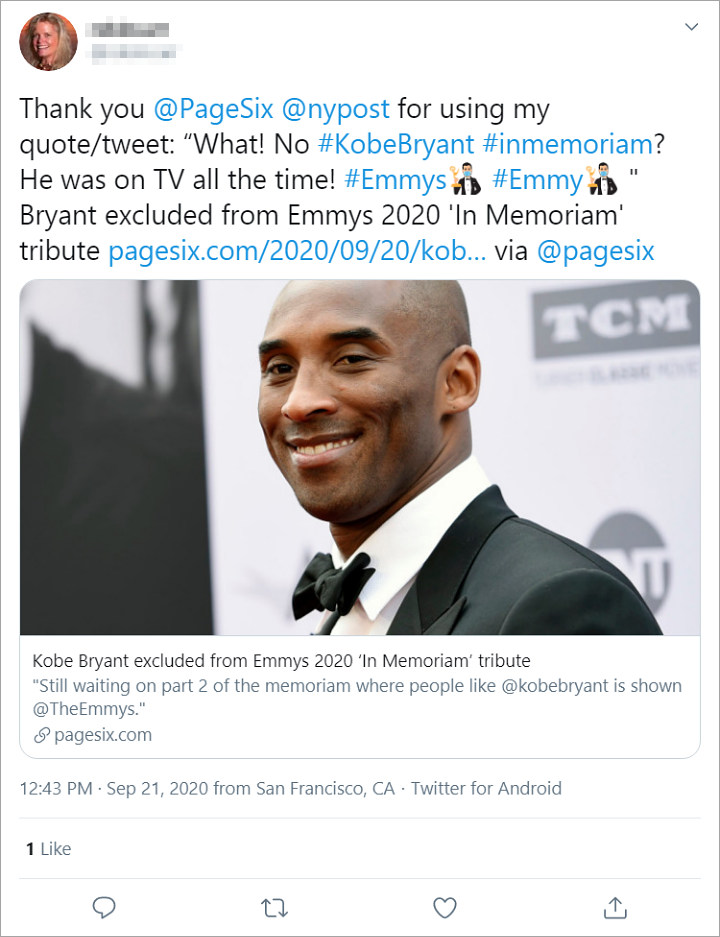 Another of Kobe Bryant's fan complained about his Emmys' snub.
See also...

As well as his roles onstage he'd also had several prominent roles in numerous TV shows, including recurring roles on "Blue Bloods" and "Law & Order: Special Victims Unit", which many fans pointed out.

Meanwhile, Preston's exclusion was met with surprise. The actress - who also died in July after a private battle with cancer - was best known for her film roles, as well as her romance with "Pulp Fiction" star John Travolta.

However, many fans were left stunned the star who had many roles on the small screen didn't get a mention in the lengthy segment, with one fan tweeting, "Did you folks just snub Kelly Preston?" 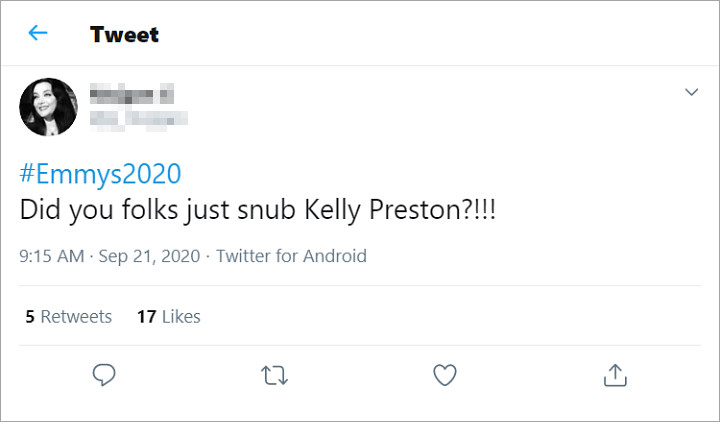 According to Entertainment Tonight, Emmy bosses acknowledged that not every celebrity who has died this year would be featured in their tribute, citing time constraints. An extensive In Memoriam tribute is listed on their website, with Cordero and Preston both included but Bryant still notably absent.

Drew Barrymore: Being Sent to School for Troubled Kids Did Save My Life

Kelly Preston's Death Certificate Reveals She Passed Away at Home

'America's Got Talent': Nightbirde Unable to Continue After Her Cancer Took Turn for the Worse

'The Bachelorette' Recap: Greg Leaves After Reaching His 'Breaking Point' After Hometowns