The 'Forgetting Sarah Marshall' actor comes under fire on the internet after suggesting that there's nothing empowering about the provocative 'WAP' collaboration.

AceShowbiz - Russell Brand has come under fire over his critique of Cardi B and Megan Thee Stallion's "WAP" music video.

The 45-year-old actor/comedian shared a video criticising the racy promo, which features cameos from Kylie Jenner, Normani, and a host of snakes and big cats.

He goes on to suggest that music videos from women artists in hip hop are "an emulation of a template that already exists and was established by males."

"Is it equality if the template has already been established by a formal dominator?" he asks. "The answer is no."

"I wouldn't be so reductive and simplistic to say that women celebrating their bodies using an aesthetic that's conventionally been associated with the male gaze means it's impossible that these tools could be used as a vehicle for liberation," the "Forgetting Sarah Marshall" star adds.

Russell's comments didn't go down well with fans, who slammed the star and accused him of "mansplaining" feminism.

"I really don't want to be taught feminism by Russell Brand. But I look forward to Louis CK's thoughts on why Beyonce is getting it all wrong," one user joked, referencing the disgraced comedian who was accused of sexual misconduct by multiple women in 2017.

"Congratulations to Russell Brand for mansplaining to women how they should enjoy WAP & their own sexuality," another wrote, while a third added, "Imagine thinking ur so woke and being this dumb."

Robbery at Ellen DeGeneres' House Described as 'Inside Job' 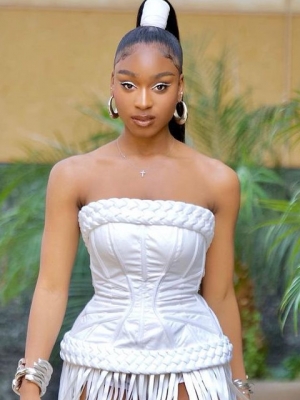