The 'Cardigan' songstress appears to make a swift but calculated diss at her nemesis Kanye on her song 'Peace' as she sings, 'But there's robbers to the east/ Clowns to the West.'

AceShowbiz - As her feud with Kanye West was reignited earlier this year with a leaked audio of their phone conversation, it's not a surprise that Taylor Swift takes the chance to include a jab at her nemesis in her new album "Folklore". After a close listening to the album, fans are convinced that she takes a swipe at the rapper on her song "Peace".

The particular verse that seems to be aimed at the Yeezy designer has the country-turned-pop superstar sing, "But there's robbers to the east/ Clowns to the West." Making it more obvious that the lyrics are intended as a diss at the husband of Kim Kardashian, in the lyric video and on Apple Music, Taylor uses a capital letter for a certain direction, leaving "east" in all lower-case letters but adding a capital W to "West" in the next line.

Putting two and two together, one person reacted to the lyrics in question on Twitter, "In peace Taylor Swift capitalized West and not east and no one can convince me that she isn't calling Kanye a clown."

Taylor and Kanye's relationship took a nasty turn after the latter snatched the mic and interrupted her speech for Best Female Video at the 2009 MTV Video Music Awards. They seemed to hash things out after Kanye apologized and the two even parodied the moment in 2015 when she presented the Michael Jackson Video Vanguard Award to him.

However, their friendship once again fell apart after Ye released his song "Famous", in which he rapped, "I feel like me and Taylor might still have sex/ Why? I made that b***h famous." Taylor claimed that she didn't approve of the lyrics, but the GOOD Music founder insisted that he played the song for her before it was released.

The full audio conversation that was leaked earlier this year seemed to confirm Taylor's claim that Kanye didn't reveal to her the controversial part beforehand. 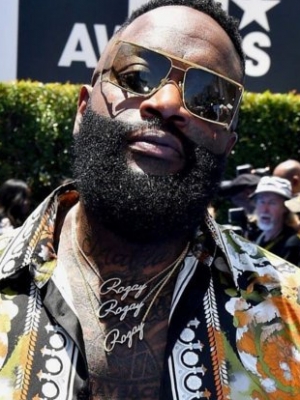 Cardi B: Original 'WAP' With Megan Thee Stallion Is Too Nasty for Radio