The 'Fault in Our Stars' actor is facing sexual assault accusation as a female fan accuses him of forcing himself on her when she was only 17 and another claims he hits on her when she's minor.

AceShowbiz - "The Goldfinch" star Ansel Elgort has been accused of sexually assaulting a 17-year-old girl in 2014 after allegedly befriending her on social media.

A Twitter user named Gabby has posted a photo of herself with the actor as part of a stunning allegation, which also includes Snapchat screenshots of what appear to be direct messages between the pair. 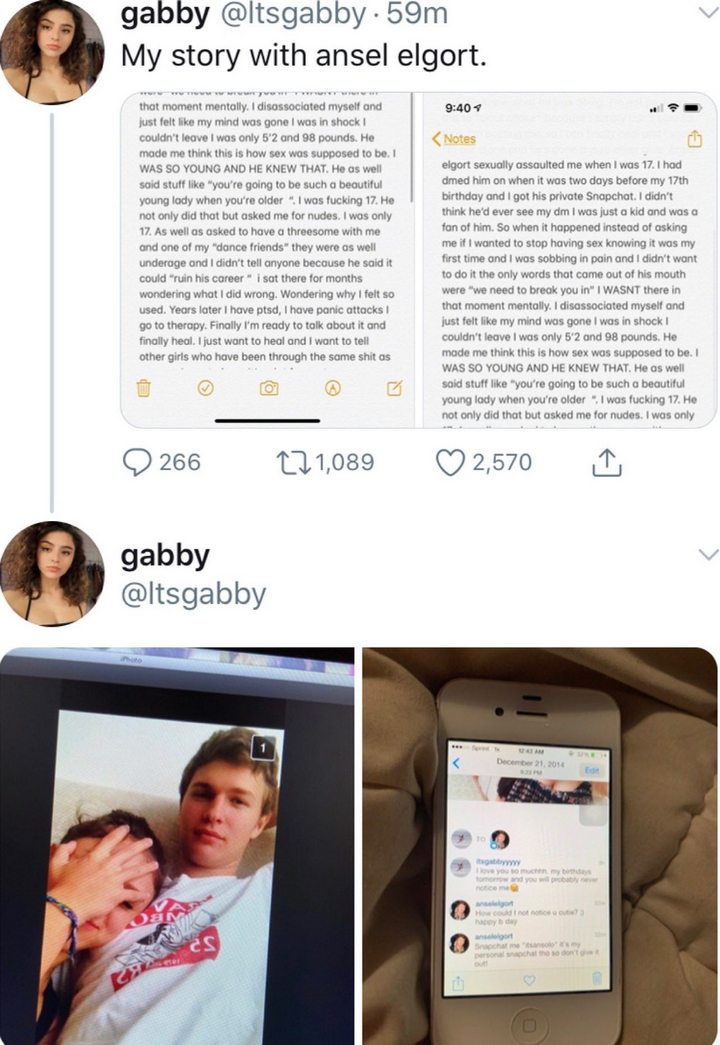 Gabby claims she was "in pain" during the alleged assault, stating, "He made me think this is how sex was supposed to be."

"Instead of asking me if I wanted to stop having sex knowing it was my first time and I was sobbing in pain and I didn't want to do it the only words that came out of his mouth were 'we need to break you in' I WASNT there in that moment mentally (sic). I disassociated myself and just felt like my mind was gone I was in shock I couldn't leave."

She explained she was coming forward so she can "finally heal," adding her alleged encounter with the actor has left her suffering "panic attacks" that have forced her to seek out therapy. 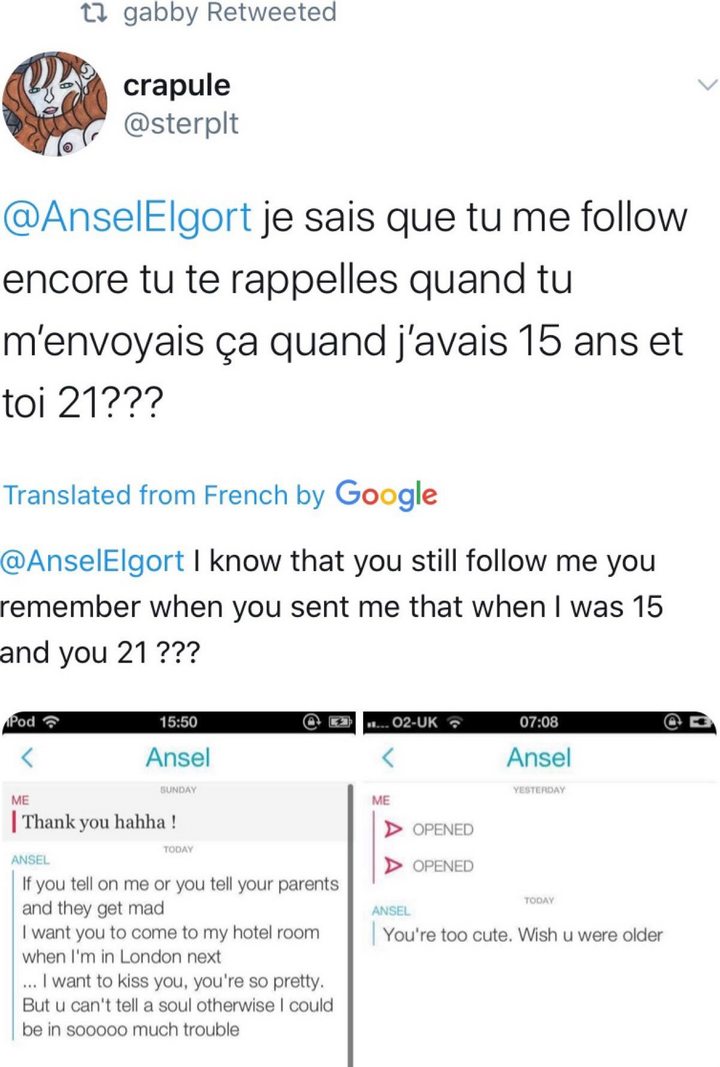 Another fan comes forward with a similar accusation

Representatives for the actor have yet to respond to WENN's requests for comment.

The story drops as Elgort is also being targeted on Twitter for a racist joke he allegedly made when he was a high school student.

Newsweek reporters have exposed the drama, first reported by @BlackatLaguardia on Instagram after a user exposing racism at New York City's fabled Fiorello H. LaGuardia High School, singled out a student named Ansel, who used the N-word during a geography class.

It is not clear if the student was actually Elgort, but many Twitter users have assumed it is and they are calling for Twitter bosses to "cancel" the actor.

Ansel Elgort Denies Sexual Assault Allegations, Says the Girl Was Upset Due to Their Messy Split