Fans are able to get a look inside the private jet as Kylie's sister Khloe shares a picture of the pink-themed private jet that has the word 'Kylie Air' written in a napkin.

AceShowbiz - Welcome to Kylie Air! Kylie Jenner emphasized her status as the youngest self-made billionaire by showing off her personalized private jet. The plane was bathed in pink light as it had the words "Kylie Air" in a cocktail napkin in pink lettering.

Fans were able to get a look inside the pink-themed jet through Khloe Kardashian's Instagram Stories on Monday night, June 15. In the photo, it could be seen that the word "Kylie Air" was written in the same font used on the TV star's Kylie Cosmetics and Kylie Skin products. The picture also saw that the seat was colored in pink. 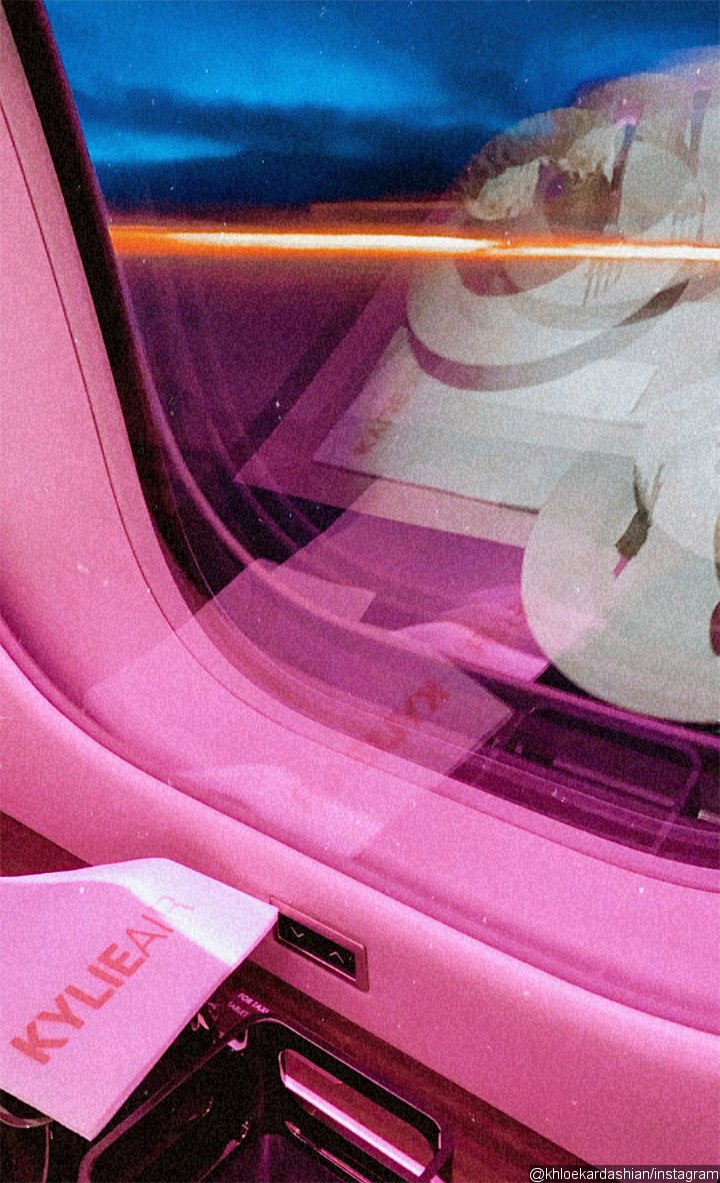 According to PageSix, Kylie spent "an estimated $50 million to $70 million on a Global Express Jet" that she had fitted out "in the theme of daughter Stormi's birthday" in February. Prior to this, Kylie took to her Instagram account to share a photo of Stormi riding in a purple-hued jet for her "first disney trip."

This arrives after Kylie went on an online rant because Forbes revoked her billionaire status. The publication's bosses dropped an article, entitled "Inside Kylie Jenner's Web of Lies and Why She's No Longer a Billionaire" on Friday, May 29, and suggested the reality TV star and make-up mogul had doctored tax documents for her Kylie Cosmetics company to swindle herself onto the famous Forbes Billionaires list.

Fuming on Twitter, the 22-year-old wrote, "What am i even waking up to. i thought this was a reputable site... all i see are a number of inaccurate statements and unproven assumptions lol (laughing out loud). i've never asked for any title or tried to lie my way there EVER. period."

" 'Even creating tax returns that were likely forged' that's your proof? so you just THOUGHT they were forged? like actually what am i reading," the "Keeping Up with the Kardashians" star continued. "but okay i am blessed beyond my years, i have a beautiful daughter, and a successful business and i'm doing perfectly fine. i can name a list of 100 things more important right now than fixating on how much money i have."

6ix9ine in Hot Water for Dissing Nipsey Hussle, Pop Smoke Over Their Deaths