Patrick Brown, the brother of 'The Bachelorette' alum, also teases a bit of the incident on his social media account, joking that the reality star 'thinks she's a part of the Coast Guard now.'

AceShowbiz - Hannah Brown has been credited for saving a man's life. The season 15 star of "The Bachelorette" was enjoying a white-water rafting trip with her family in Tennessee on Saturday, June 13, when she came to the rescue of a drowning man.

First to spill the rescue story was the man's girlfriend. Through a Twitter post, she shared, "How fun Hannah Brown saved my boyfriend from drowning in the Ocoee River today." She continued to offer more details, "She was on the river with us our raft flipped and her and her family were on the trip with us she ended up pulling my bf onto their raft after the current took him." 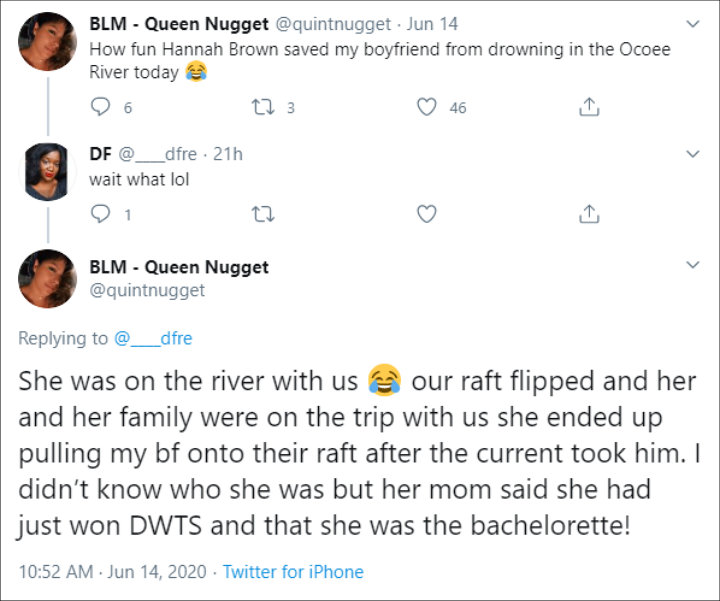 Hannah Brown praised for saving a man from drowning.

In the same tweet, the girlfriend added, "I didn't know who she was but her mom said she had just won DWTS and that she was the bachelorette!" When another user responded by stating that pulling a grown man back on the raft needed a lot of strength, she replied that Hannah "is strong" She further claimed that Hannah's mother was "so proud of her baby girl I loved it." 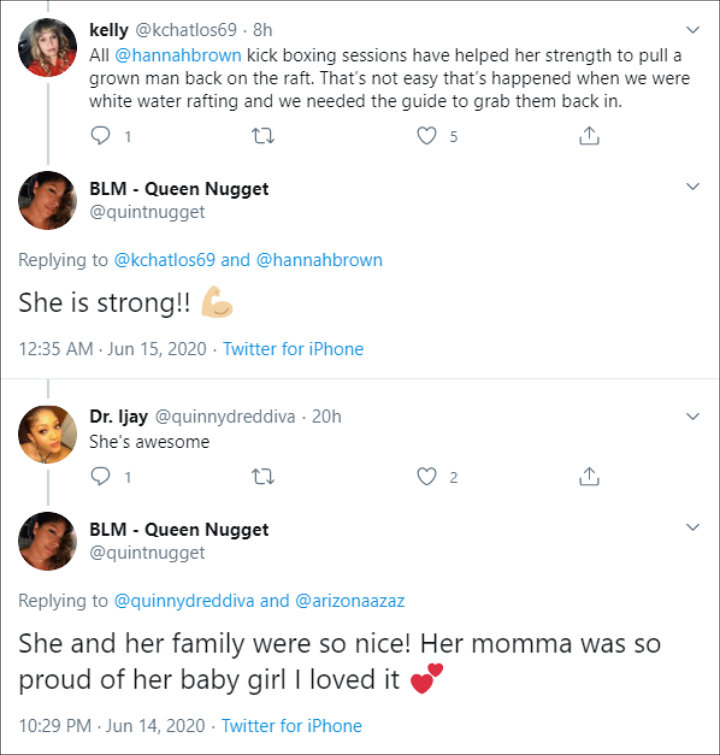 Also touching on the rescue subject was Hannah's brother, Patrick. While he did not offer any details, he did tease on how the 25-year-old thought on the rescue. "Took on the rapids with the fam jam! I got to relive my lifeguard days and Hannah thinks she's apart of the Coast Guard now... #rescuemission," he wrote alongside photos from their family trip.

Hannah's aid to the drowning man came weeks after she issued an apology for using racial slur while singing along to DaBaby's "Rockstar" during an Instagram Live session. Through an 18-minute long video, the "Dancing with the Stars" champion admitted that she felt "so much shame" for initially denying that she dropped the N-word.