The 'Fault in Out Stars' actor posts on Instagram a photo of him completely naked in the shower while directing fans to a GoFundMe page, which he dubs his 'OnlyFans LINK,' that raises money to help those in need.

AceShowbiz - Ansel Elgort is using his sex appeal for a good cause. The actor/DJ has tricked his fans into donating for coronavirus relief efforts by sharing his naked picture, while leading them to a GoFundMe page, which he dubbed his "OnlyFans LINK."

On Tuesday, April 21, the 26-year-old hunk shared the black-and-white photo featuring him completely in the buff while in the shower. Drenched in the water, he only used his hand to cover his modesty, showing off his chiseled chest.

"OnlyFans LINK IN BIO," he wrote in the caption of the now-deleted post, leading many to believe that he had a page on the subscription-based service, in which creators usually share exclusive content, including risque photos, to their fans. 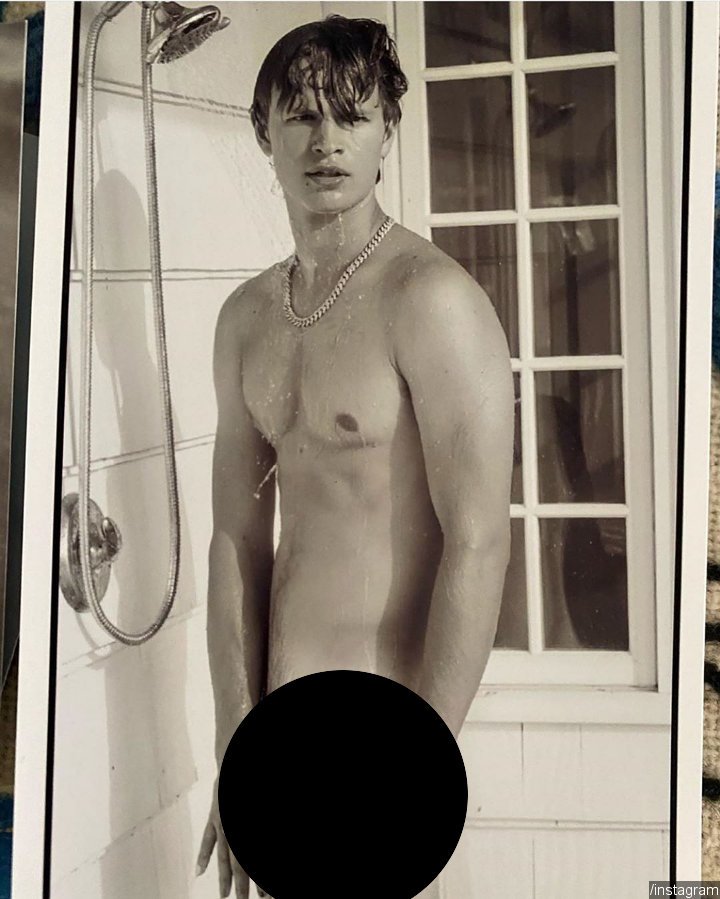 Ansel Elgort shares his naked photo for a good cause.
See also...

But the link actually directs them to the GoFundMe for Jeffrey Wright's Brooklyn For Life! Fundraiser, which raises money for a meal program for Brooklyn hospital workers amid the coronavirus pandemic. Although they didn't get what they expected for, Ansel's fans didn't hesitate to made a donation. The "Divergent" star's naked photo is believed to have helped raise thousands of dollars that were collected in the hours after he shared the steamy post.

Thanking his fans for the contribution to the fundraiser program, Ansel later wrote on Instagram Stories, "I don't know how much of this is from the post but it seems a lot of people have been giving in the last few hours. Thanks a lot, looks like it was worth it."

He announced that the photo had to be removed though, explaining, "Unfortunately, Instagram told me I gotta take my post down because it's nudity, so I'm going to take it down or maybe I'll repost the version that cuts a little higher, how about that?"

He added, "Alright, sorry about that Instagram. Sorry if I offended anybody but we did a good thing. And my dad took the picture by the way. He was mad, he said that I needed to give him credit."