The Canadian superstar has previously teased that he and the 'Girls Need Love' songstress are going to be releasing a remix of 'Changes' lead single next week.

AceShowbiz - Everyone was excited when Justin Bieber announced he would be releasing a "Yummy" remix with Summer Walker, but Joe Budden wasn't one of them. Instead, the "Love & Hip Hop: New York" star took a shot at the Canadian singer and accused him of chasing clouts by tapping a black artist to promote his song.

Taking to Twitter, Joe quote-retweeted Justin's announcement and added, "You sure seem to need us." He elaborated when a Justin fan came to his defense, "Not hate... totally aside from his racist 'n***er' harmonizing on multiple vids, I'm standing on US being pop while labeled urban.. & his last few weeks have been great to highlight that point... I don't know the kid, but I don't hate on a soul." 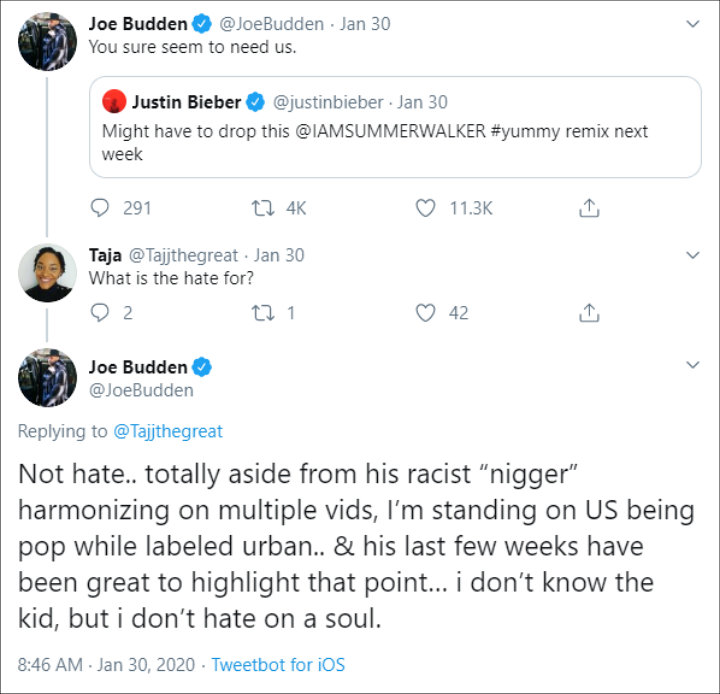 "Yummy" serves as the lead single off Justin's highly-anticipated album "Changes" which is set to drop on Valentine's Day, February 14. Aside from the single, the album will feature his Kehlani collaboration entitled "Get Me", which was unveiled on January 28.

In support of the album, Justin is set to embark on a North American tour that is scheduled to begin on May 14 in Seattle at the CenturyLink Field and is currently set to end on September at the MetLife Stadium in East Rutherford after 45 shows. More dates will be announced soon. 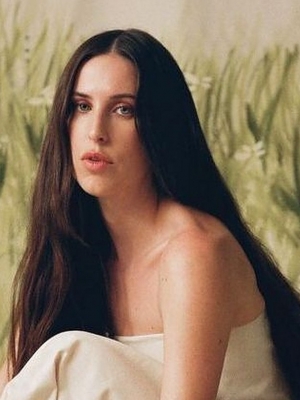