The 'Americans' actor reveals on TV interview how he got help from his little son Sam to prepare for his role in new movie 'A Beautiful Day in the Neighborhood'.

"The Americans" star appears alongside Tom Hanks in "A Beautiful Day in the Neighborhood", in which the "Forrest Gump" icon portrays the host of U.S. educational show "Mister Rogers' Neighborhood".

Rhys confesses he had no idea who Rogers was when he was first approached about the biopic, so he researched the show on YouTube, and at first, he couldn't understand the appeal.

"I took a deep dive into who Fred Rogers was and was astounded," the 45 year old told U.S. breakfast show "Today".

Discussing the unique way the series was shot, he continued, "I was confused at first, and shamefully, I was like, 'What's wrong? Do they only have one camera? Why isn't he (cameraman) cutting away? Why is he (Rogers) talking so slow? Has he forgotten the words? What's happened?' "

"Then you realise the show isn't for you, and that pacing, that meticulous pacing, is all so the children could follow and process and listen at the correct pace."

Rhys decided to sit his young son, Sam, in front of the computer screen to watch his reaction to "Mister Rogers' Neighborhood", and he was amazed at how attentive the toddler became.

"Sam became my Mister Rogers guinea pig, because the show isn't for me, it's for kids of that age, so we put Sam, who has this bundle of energy, in front of Mister Rogers and lo and behold...," the actor shared.

Insisting it's a must for parents of young kids, he said, "You have to use it because it's one of the calmest 30 minutes of his (Sam's) day, and one of the first things he said was, 'He's talking to me!' All that timing paid dividends. Try it; it's incredible."

Sam is Rhys' child with his girlfriend and "The Americans" co-star Keri Russell. 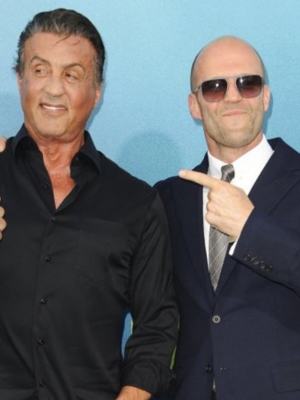