The Captain Jack Sparrow of 'Pirates of the Caribbean' movie franchise is ordered by court to submit his alcohol and drug records as legal battle against former wife continues.

AceShowbiz - Johnny Depp has been ordered to hand over records relating to his drug and alcohol use in his ongoing defamation case against ex-wife Amber Heard.

Depp sued his ex for $50 million in March, accusing her of harming his career by penning a Washington Post article alluding to domestic violence allegations she made against him in 2016 during their explosive divorce.

Roberta Kaplan, who leads Heard's legal team, said of the ruling: "We are very pleased that the Court granted our motion to compel in full. Mr. Depp's position on discovery in this case has been nonsensical, as if he were the one being sued. But it is Mr. Depp who started this lawsuit on the theory that Ms. Heard somehow made up all the abuse that forced her to obtain a restraining order against Mr. Depp back in 2016."

"Now that the facts in his own lawsuit are making him uncomfortable, Mr. Depp wants to hide evidence commonly understood to be connected to incidents of domestic violence: his decades-long abuse of drugs and alcohol, his past history of violence, and medical records showing among other things the laundry list of prescription medications he takes daily and injuries from his drug-induced rages. But that is not how litigation works. Mr. Depp started this fight. Ms. Heard intends to finish it by proving, if necessary, the truth of what really happened."

Depp's team have said they will comply with the judge's request, as they believe the documents will prove the truth of what happened during the pair's short-lived marriage.

The "Pirates of the Caribbean" actor has maintained that he was the one abused during the relationship, with his lawyer Adam Waldman adding to Deadline: "For the avoidance of doubt, the only person in this case who beat a woman is the self-appointed #MeToo spokesperson Amber Heard, and she was arrested and incarcerated for it. And she savagely beat others, as will be shown at trial."

Is This Hailey Baldwin's Response to Selena Gomez's Song? The Model Shares Song 'I'll Kill You' 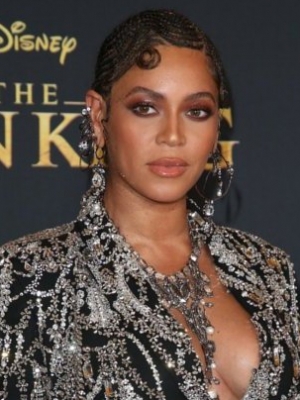 Waitress Claims Kylie Jenner Tipped Her $20 on $500 Bill, Hailey Bieber Was Rude to Her

Benjamin Keough's Girlfriend Screamed 'Don't Do It' Before He Shot Himself