After working together on movie 'The Lighthouse', Willem Dafoe opens up that he was not impressed with Pattinson's method acting and thought it was too extreme.

The pair appear in the Robert Eggers-directed drama, which follows Pattinson's character Ephraim as he spends four weeks as an assistant to Dafoe's lighthouse keeper.

In the movie, the remote island soon begins to take its toll on Ephraim, and he transcends into a world of madness and chaos, murdering a seagull and screaming about wanting steak.

Speaking to Mr Porter magazine about the Twilight star's unusual acting technique, Dafoe explained: "He's not interested in craft, I think. He wants to throw himself into deep water and he feels like it will only be true if he's drowning."

"For me that seemed wacky. But I'm not trying to judge. He has a good sense of the visual, of what's needed in a close-up," he continued. "Sometimes he'd beat himself up so bad. He'd stick his fingers down his throat, things like that."

Earlier this year, Dafoe told Variety his co-star "acts like he doesn't know what he's doing" on set, but insisted he uses his own technique as a "device to allow him more freedom."

"And I might add that Rob really wants to jump into things, sometimes with his eyes closed," he added.

"The Lighthouse" is showing in cinemas now.

Prince Harry and Meghan Markle Apologize for This Instagram Error

Robert Pattinson Freaks Out Over Deep Fake Videos of Himself 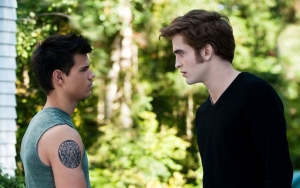