Along with a photo of him carrying his newborn in a car seat, 'The Queen' actor confirms that his girlfriend Anna Lundberg gave birth to their first child together on September 23 morning.

AceShowbiz - Michael Sheen has revealed his newborn daughter's name in a sweet post sharing his thanks as he took the tot home from hospital.

"The Queen" actor and his girlfriend Anna Lundberg, 25, welcomed their first child together last month (September 2019), with the happy news confirmed by the screen star's father, Meyrick Sheen.

And in his first post referencing the new arrival, Michael, 50, took to Twitter on Monday to share a snap of himself carrying his daughter in her car seat as they left the hospital.

"Happy to say that at 8:41 am on Monday September 23rd our beautiful daughter Lyra was born," he wrote in the caption. "Thank you so much to Louise & all the brilliant midwives at both the Singleton and NeathPortTalbot hospitals." 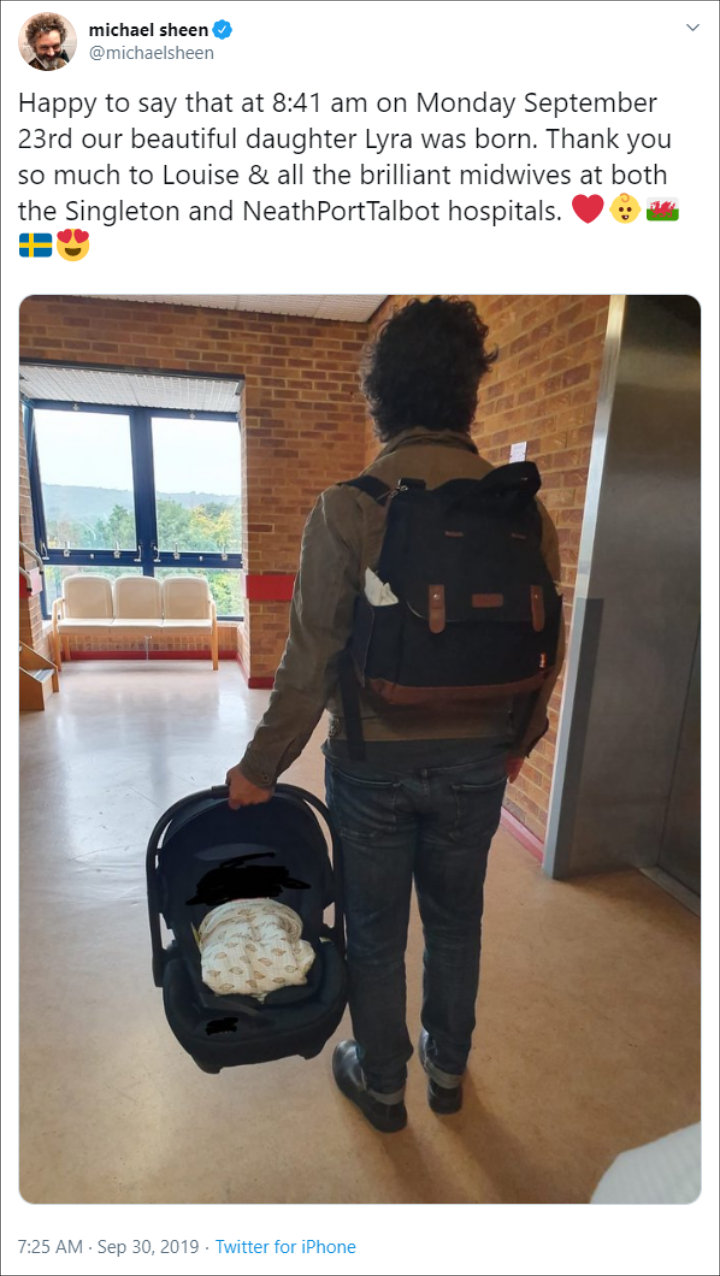 Michael Sheen confirmed he and Anna Lundberg had welcomed their first child together.

Lyra is Michael's second daughter - he is also father to 20-year-old Lily Mo Sheen with his ex Kate Beckinsale.

Speaking recently about how he thinks fatherhood is going to be easier second time around, Michael told chat show host Seth Meyers: "I left twenty years between them because I wasn't sure. I wanted to try it out first... Now you just put your (baby) seat in the car and then you clink in the seatbelt."

"It used to be you just wrestled with a seatbelt like a bear, like Leonardo DiCaprio in 'The Revenant'. It's easy. It's good to be in the (two children) club."

Lil Nas X: My Teen Self Used to Pray That Being Gay Was Just 'a Phase'