While the 'Peaky Blinders' actor takes himself out of the equation, producer Barbara Broccoli has previously stressed that the 007 agent 'was written as a male and will probably stay as a male.'

AceShowbiz - Cillian Murphy has ruled himself out of becoming the next James Bond - as he thinks the part should go to a woman.

The "Peaky Blinders" star is one of a host of hunks who have been tipped to don 007's tuxedo when Daniel Craig retires from the role, including Richard Madden, James Norton, Idris Elba, Tom Hardy, and Aidan Turner.

However, he says he has no intention of putting himself forward for auditions as he thinks the next Bond should be female.

"The thing about it is, if you say anything about Bond it becomes the headline, right? There's two things I'll say about that. Firstly, there's a whole other industry which is completely separate from the film side of things, and that's the bookies," he tells The Guardian. "The second thing I'd say is that I think it should be a woman, which rules me out."

Disappointingly for Cillian, longtime franchise producer Barbara Broccoli has already ruled out a gender switch, telling The Guardian last year (18) that the character must be male.

The Irish actor has become one of the favourites to replace Craig, who is expected to depart after next year's new Bond film, due to his role as stylish and ruthless 1920s gangster Tommy Shelby in TV show "Peaky Blinders". However, he's astonished by the BBC drama's success as he initially didn't understand the title - a reference to a gang that terrorised Birmingham, England at the turn of the century.

"I didn't understand the title," he admits. "We didn't know if the second series would come, and it was the second one when it really started to become a bit zeitgeisty, but you never know."

The fifth series of "Peaky Blinders" begins this autumn. 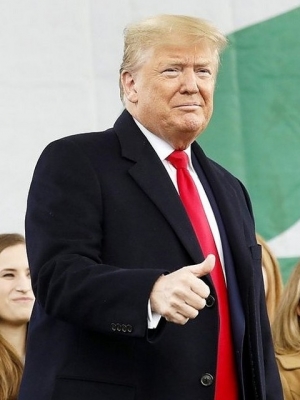