The 24-year-old mother of two takes to Instagram Stories to share some photos and videos of them enjoying their yacht ride, including one photo that shows them getting provocative.

AceShowbiz - Robin Thicke and April Love Geary were spending their weekend aboard a yacht. Taking to Instagram Stories on Sunday, August 4, the mother of two shared with her followers all the fun that the engaged couple had during their getaway, and that included the wild things that they did.

In one of the photos, April was seen bending over and leaning onto a beach-seat in a hot pink bikini while her singer fiance was grinding her from behind in black swimming trunks. As if that wasn't wild enough, both of them donned furry animal masks with the blonde beauty rocking a neon blue rabbit mask. Meanwhile, the "Blurred Line" singer covered his head in a panda mask. 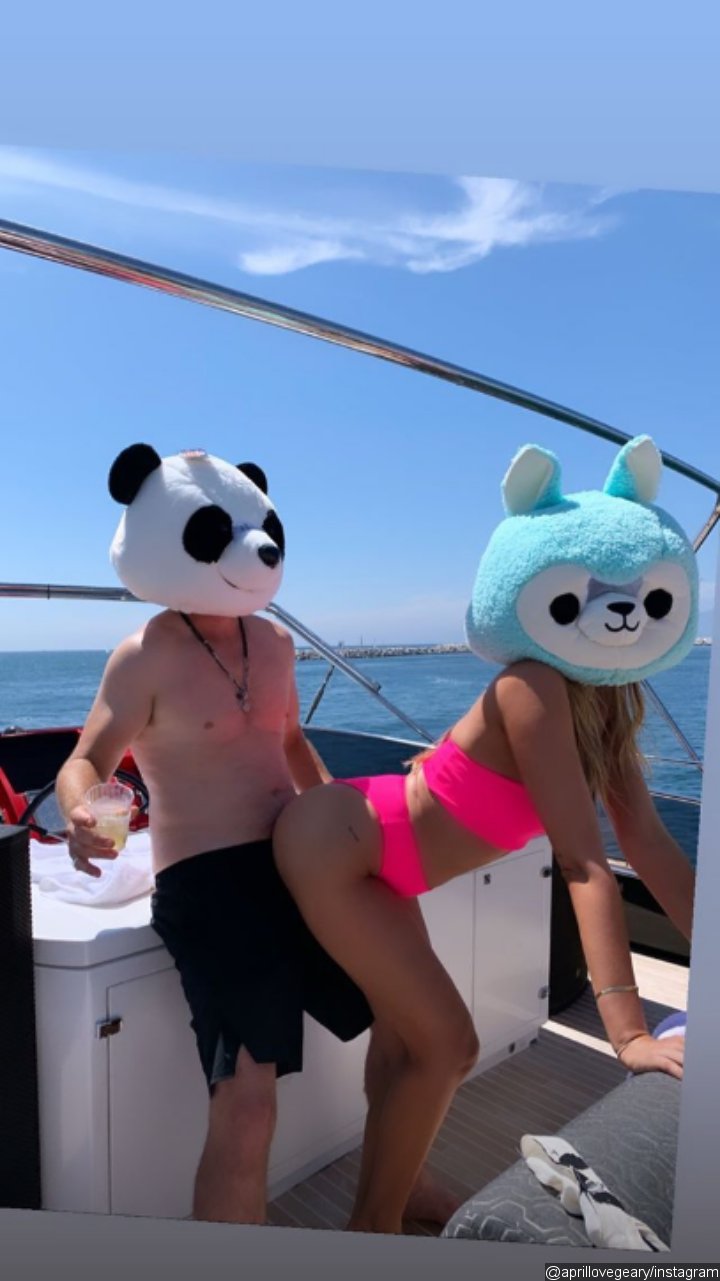 The two masks were apparently not the only masks that they brought to their trip. In another photo, April showed other masks that included a light blue unicorn and a black cat.

Robin and April have been going on beach trips a lot following the birth of their second daughter Lola Alain on February 26. She announced the arrival of their daughter at the time, "My beautiful baby girl, I'm already so in love with you! Your big sister is on her way to meet you."

The couple also shares a one-year-old daughter named Mia Love, while the singer has 8-year-old son Julian Thicke with his ex Paula Patton. Back in May, the 24-year-old joked that she's ready to welcome a third child with Robin.

Sharing on Instagram Stories a picture of Robin looking away from the camera in a black button down, April wrote in the caption, "GET ME PREGNANT AGAIN. Jk don't like but Omg. I mean honestly, who does he think he is dropping a picture like this so casually? And not even warning me?? Like??? Meet me in the bedroom???"

It's Official: Kang Daniel and TWICE's Jihyo Are Dating

Is Lil B Thirsting Over Lil Nas X's 'Thick' Body in This Tweet?