Through Instagram, the Fifth Harmony member lets out a snippet of the collaboration that hears them harmonizing, 'Get you naked, but I won't tell 'em' lyrics.

AceShowbiz - Singer Normani Kordei has teased fans with a clip of her new duet with Ariana Grande.

The "Dancing with a Stranger" hitmaker opened up for Ariana on the "7 Rings" star's "Sweetener World Tour" and now the tourmates have confirmed they are recording a song together.

Normani took to Instagram on Friday (August 02) to post an audio clip of the collaboration, in which the vocalists are heard singing the lyrics, "Get you naked, but I won't tell 'em", in harmony.

The former Fifth Harmony star gave few clues or details in the caption to the snippet of the song, adding nothing but emojis of a sparkly star, black heart, and musical notes.

The tease comes just weeks after fans went into overdrive after Normani posted a series of snaps of herself and Ariana in the studio together on Instagram.

Both have enjoyed collaborative success this year - Normani stormed the charts with Sam Smith on the track "Dancing with a Stranger", while Ariana has teamed up with Miley Cyrus and Lana Del Rey for an untitled new "Charlie's Angels" anthem, and she recently released a new track, "Boyfriend", with Social House.

Normani Determined to 'Make a Difference' With Her Music and Style 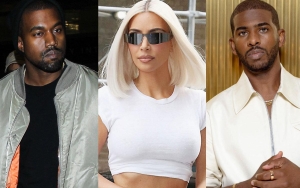