Responding to a tweet about her losing a shoe when leaving the Fonda Theatre, the 'Black Widow' rapper jokingly blames her tiger-print tights for the fashion faux pas.

AceShowbiz - Iggy Azalea has laughed off a wardrobe flub after losing a shoe following a weekend show in Los Angeles.

The "Fancy" rapper was leaving the Fonda Theatre on Friday night (July 19) when she appeared to stumble as photographers flashed away.

As the footage went viral, the Australian revealed her tiger-print tights were to blame for the fashion faux pas.

"The fabric was too slippery with plastic shoes," she told a concerned fan on Twitter. "Hahahahaha this would only happen to me." 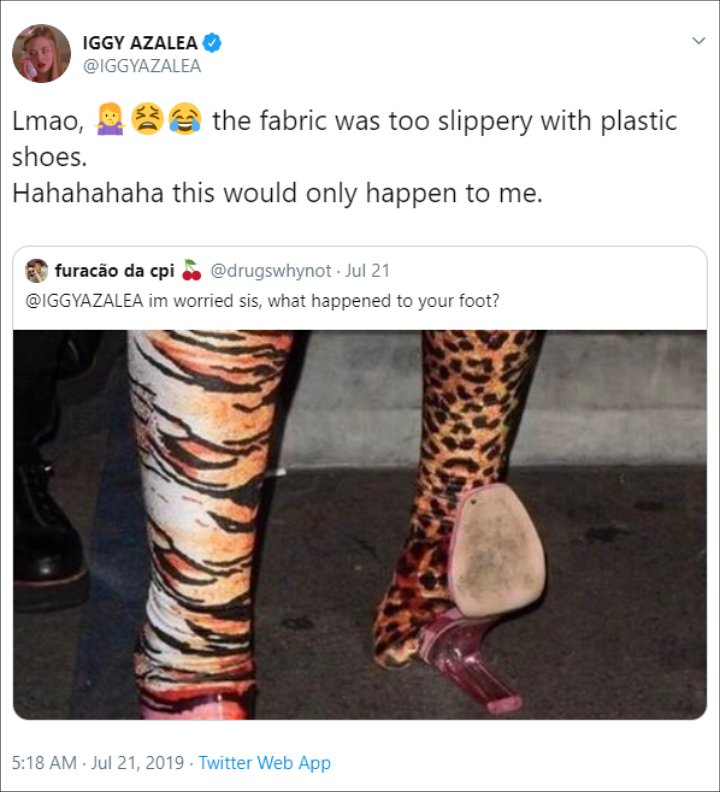 Last week, Iggy released her long-awaited sophomore album, "In My Defense", and her new video, "F**k It Up", featuring Kash Doll.

Iggy Azalea Apologizes After Hinting at Split With Playboi Carti: I Love Him So Much