The 'Strip That Down' singer goes completely naked and shows his bare butt in a cheeky Instagram picture taken during a photoshoot with fashion photographer Mert Alas.

AceShowbiz - Liam Payne almost bares all in a new Instagram picture. The British singer, who rose to fame as a member of boyband One Direction, goes completely naked during a photoshoot with fashion photographer Mert Alas.

Shared by the famed photographer on his official Instagram account, the black-and-white picture leaves very little to the imagination as the 25-year-old star has no single piece of cloth to cover his body. He flaunts his bare bum while sitting on the photographer's chair on a balcony overlooking a cityscape. The "Strip That Down" crooner also shows his muscly arm covered with tattoos as he gives a sultry gaze to the camera.

"get of my chair @liampayne," Mert captions the sexy picture, adding some hashtags that hint the photo was taken in Berlin and more of the photoshoot will be coming soon. 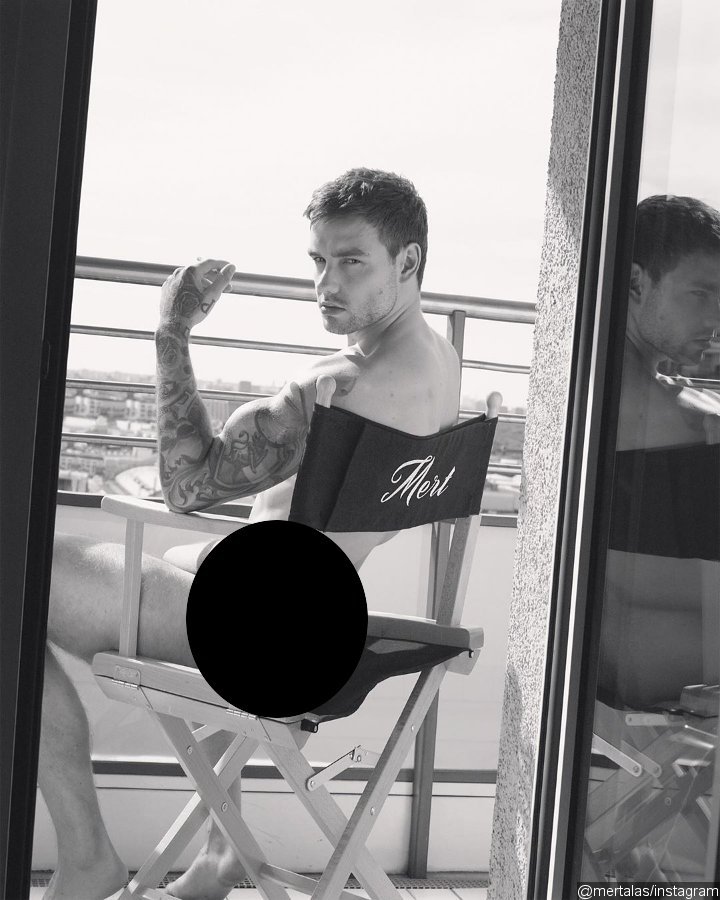 People have since gone wild after Liam's naked photo surfaced online. Taking to Twitter, his fans posted gushing comments like "liam payne's bare ass is all over my tl... and I'm not mad about it," and, "@LiamPayne casually killing us all with this pic ......."

They also shut down haters who have been slut-shaming Liam over the nude picture. Responding to British journalist Piers Morgan who dubbed the photo "cringe-making," one Twitter user wrote back, "no you are not allowed to make fun of liam payne. access denied." Another defended the English hunk, "Well Kim kardashian makes a living posting pictures like this. I quess nothing wrong with Liam doing it. Go for it. While your young."

His nude photoshoot aside, Liam has been urged to cancel his scheduled performance at Saudi Arabia's Jeddah World Fest. The Human Rights Foundation issued a statement on Tuesday, July 9 calling for the former One Direction member and the other remaining performers to cancel their planned appearances after Nicki Minaj dropped out of the event in a show of support for "the rights of women, the LGBTQ community and freedom of expression."

"The Jeddah World Fest is funded and authorized by Crown Prince Mohammed bin Salman (MBS), one of the world's worst human rights violators," the organization stated. "The Human Rights Foundation is urging Payne to cancel his July 18 performance and use his global influence and platform in solidarity with the Saudi women's rights activists who are currently in prison."

"Payne, an outspoken supporter of women's rights and LGBTQ+ rights, will be performing for a regime where homosexuality is punishable by imprisonment or death," it continued. "In April of this year, five men were beheaded by the Saudi government after enduring months of torture and admitting to sexual relations with other men."

Liam has not responded to the call for canceling his performance in the country.