The Good American Jeans founder is acting like she's freaking out after seeing her younger brother and the Latina beauty flirting over his Father's Day post on Twitter.

AceShowbiz - Rob Kardashian and Natti Natasha continue to exchange flirty messages on Twitter, prompting a response from his sister Khloe Kardashian. It all started after the Arthur George Socks owner shared on the micro-blogging site on Sunday, June 16 a Father's Day tribute post to himself.

"Happy Father's Day to me," Rob said alongside a couple of blue heart emojis. Accompanying the post was a never-before-seen picture of him cuddling his daughter with Blac Chyna, Dream. Seeing how sweet the photo was, Natti couldn't help but gush in response, hinting that they would be meeting up soon. 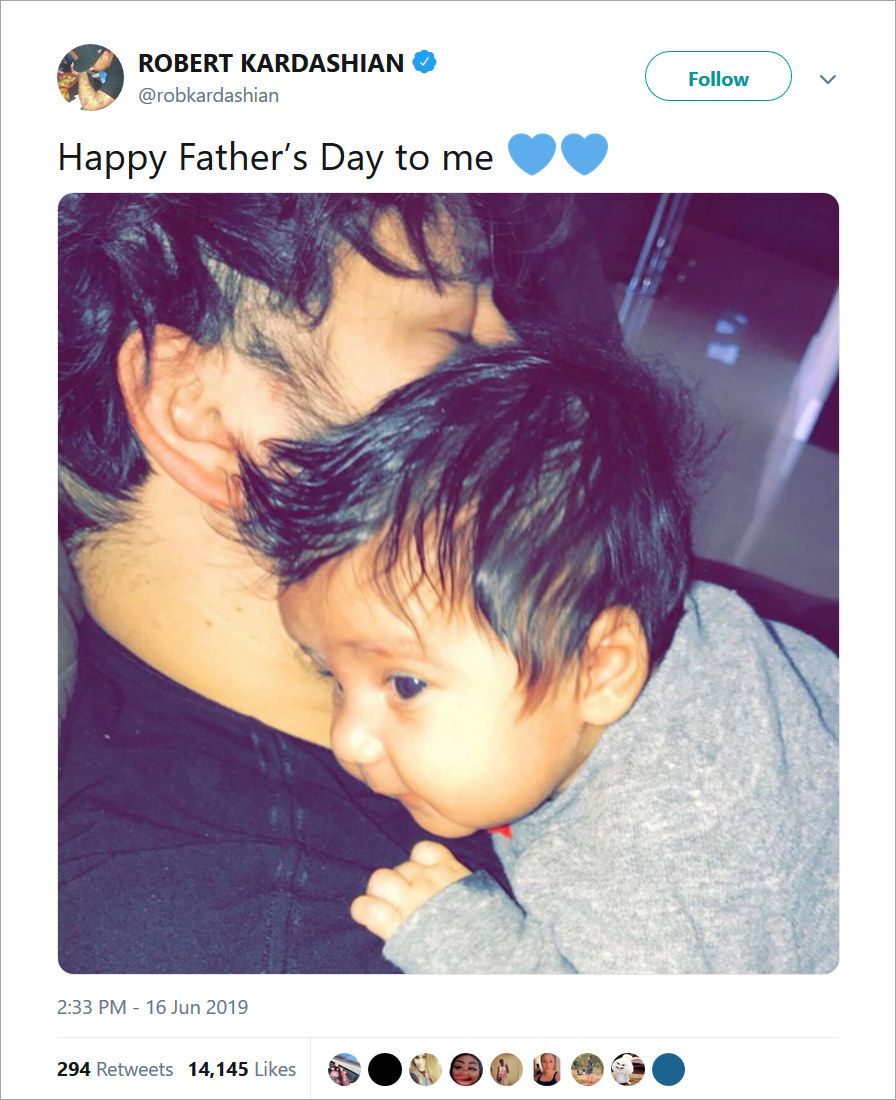 Rob Kardashian shared a never-before-seen picture of him and Dream in Father's Day post.

She quote retweeted the post and wrote, "Happy father's day! You are an excellent father, I know. God bless you. See you soon!" It didn't take long for Rob to answer to the Latina beauty as he wrote back, "Thank uuu see u soon."

Their exchange didn't go unnoticed by Khloe, who seemed to be freaking out over their interaction. "Rob what's going on here?!? Who is this girl?" she asked her younger brother, before assuring that she was merely joking when she left several crying-laughing emojis in response to a fan who posted a viral meme of Jasmine Masters saying, "And I oop." 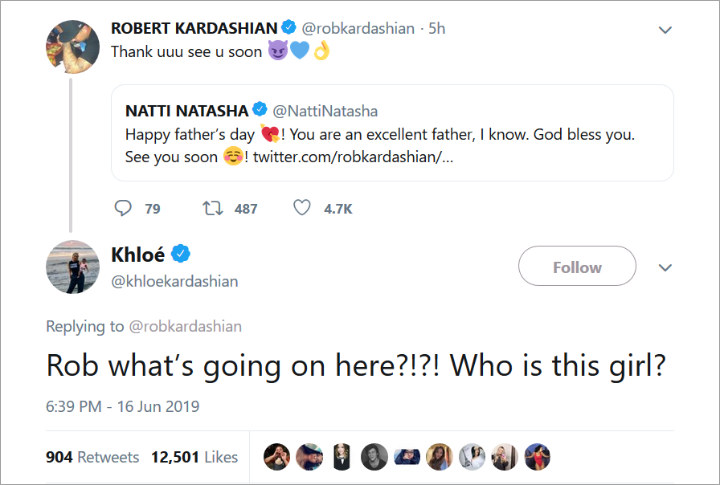 Khloe Kardashian reacted to Rob and Natti Natasha flirting with each other.

Rob and Natti's dating rumors first emerged after the former was caught shooting his shot on a picture of the Latina beauty going topless in a bathroom. They continued flirting on Twitter after that. His sisters are allegedly very supportive of their possible romance, as a source previously said, "Rob's family is all for his flirtation with Natti Natasha."

"It's making him happy and giving him a boost. It hasn't progressed past the flirting stage yet but Rob's sisters are encouraging him to go for it and take her on real date," the source continued, adding that the famous ladies like Natti because she "has her own career going on, she's already a success and her star is on the rise, they definitely see that as a big plus."