Through a clip posted on Instagram, the 'Adorn' hitmaker seemingly makes a political statement by wearing a T-shirt that suggests Donald Trump should have been killed instead of Nipsey Hussle.

AceShowbiz - Miguel has sparked controversy after the star wore a T-shirt suggesting that U.S. President Donald Trump should have been killed instead of Nipsey Hussle.

The "Adorn" hitmaker debuted the statement shirt in a clip posted to his Instagram page, which showed him wearing the plain white T-shirt which bore the words "How Nipsey before Trump?"

He teamed the top with black pants and accessorised the look with a pair of white-framed sunglasses and a simple gold chain around his neck. 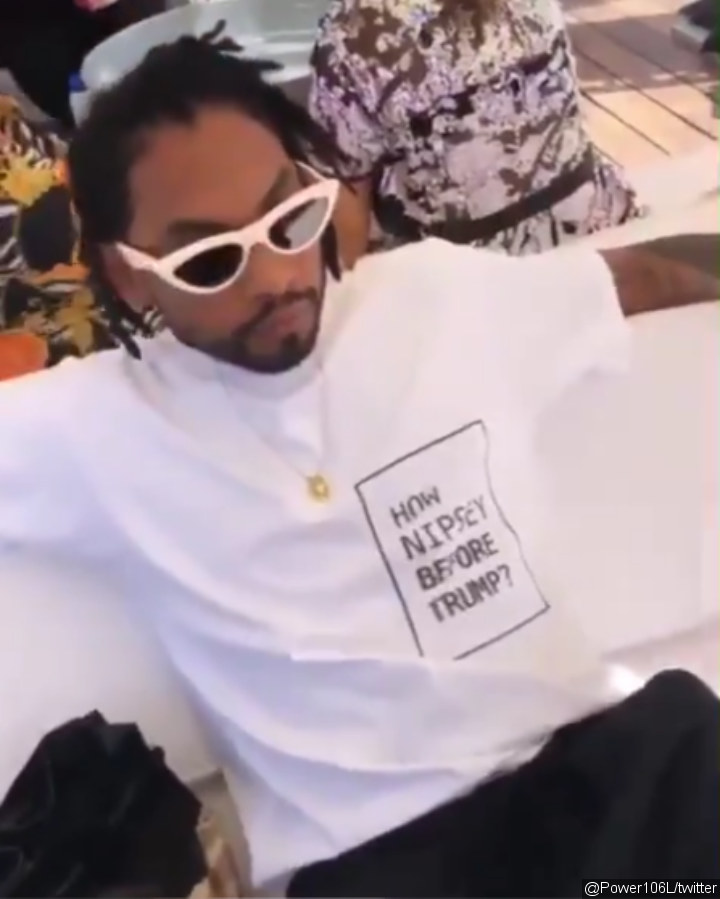 Miguel wore a plain white T-shirt which bore the words "How Nipsey before Trump?"

The R&B star has since removed the post, but The Blast reported that Miguel, full name Miguel Pimentel, was also seen wearing the outfit at Coachella over the weekend, April 13-14.

Miguel has spoken candidly in the past about his distaste for President Trump, and has slammed his treatment of Mexico and his decision to build a border wall to keep immigrants away from the United States.

Nipsey Hussle, 33, was shot and killed on 31 March near his clothing store Marathon Clothing Company in Los Angeles, California.

The star was later memorialised at a service at The Staples Center last week with the likes of Stevie Wonder, Barack Obama and Kendrick Lamar all paying tribute.

Following news of the rapper's passing, Miguel took to Instagram to share his sadness and send his love to the star's family and friends. 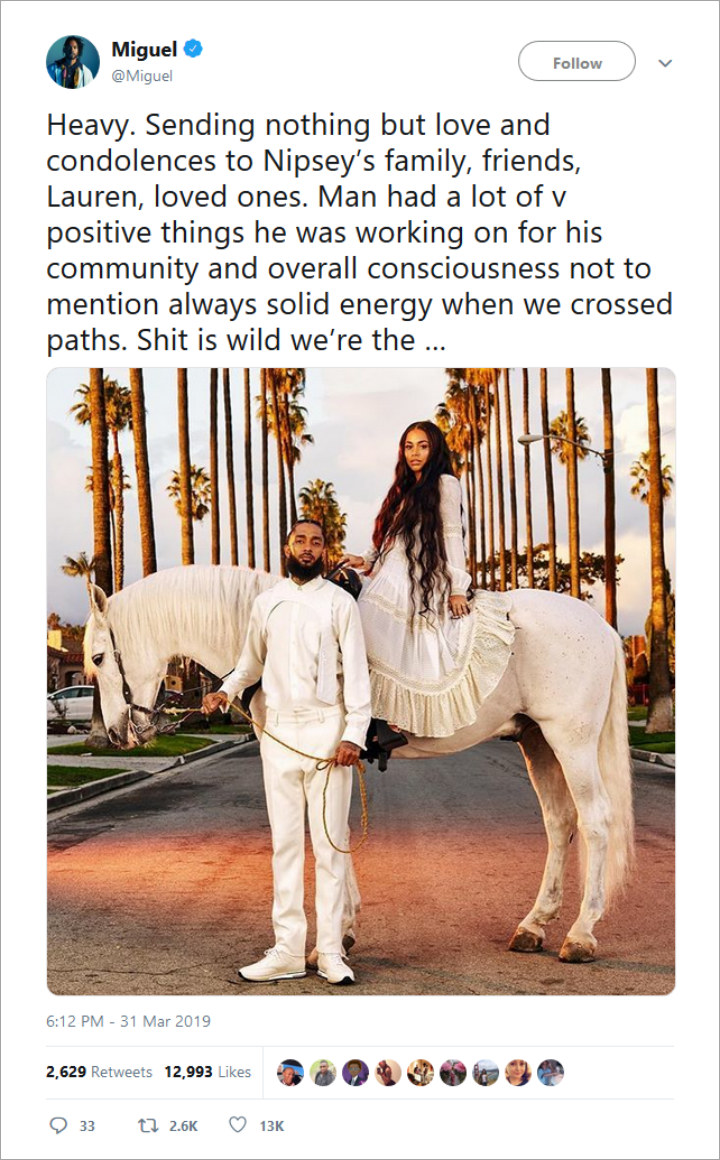 "Heavy. Sending nothing but love and condolences to Nipsey's family, friends, Lauren, loved ones," he posted. "Man had a lot of positive things he was working on for his community and overall consciousness not to mention always solid energy when we crossed paths. S**t is wild we're the same age. Heart breaking."