As the 'Logan' star spills in a video posted on his social media account that he will perform 'The Greatest Showman', BRITs chairman Jason lley promises it will be 'nothing short of spectacular.'

AceShowbiz - Hugh Jackman will open the 2019 Brit Awards next week (February 20) with a tune from "The Greatest Showman" soundtrack.

The actor, who portrayed American showman P.T. Barnum in the movie musical, will perform "The Greatest Show", which will be directed by Michael Gracey, the man behind the film.

Hugh confirmed his Brit Awards appearance in a video he posted on his Instagram page, in which he pledges to keep the big news to himself, whispering, "Don't tell anybody, keep it to yourself, I know it's amazing but keep it to yourself...".

He then enters a studio and announces to his dancers, "We're opening the Brits. Oh no! I didn't tell you that, I didn't tell you anything... we're just going to rehearse. It doesn't matter what we're rehearsing for. Why don't we just work on 'The Greatest Show' for no reason? Don't tell anyone, I shouldn't have told you."

Brits chairman Jason lley has also confirmed the big news in a statement, which reads: "We are delighted to welcome the Golden Globe and Tony Award-winning superstar Hugh Jackman to the Brits stage this month with a performance that is set to be nothing short of spectacular.

...Ladies and gents, this is the moment you've waited for, @thehughjackman is performing at The BRITs! ✨ Watch The #BRITs 2019 live on 20 February at 8pm GMT / 3pm ET / 12pm PT. If you’re in the UK you can watch on @itv or @wearestv1. International fans can watch on YouTube.com/BRITs 🎩 📸 @wattsupphoto

"The Greatest Showman" soundtrack dominated the charts in 2018, breaking records all over the world as well as here in the U.K. It's only fitting that the U.K.'s biggest celebration of musical successes should be kicked off with a performance from the biggest selling album in the U.K. of the last year."

Little Mix, Dua Lipa, and Calvin Harris have also been booked to perform at the O2 Arena in London as part of the Brit Awards, as has Pink, who will make history at the ceremony by becoming the first international act to pick up the Outstanding Contribution to Music prize.

'Genius': Aretha Franklin's Life Story to Be Brought to Small Screen in Season 3 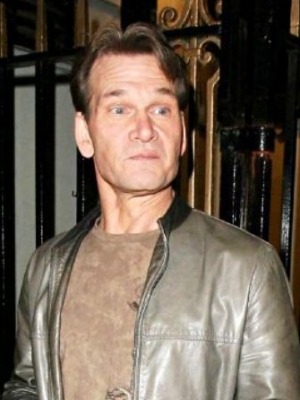 'Contagion' Medical Consultant on Being Tested Positive for Coronavirus: This Is Miserable