'The Office' star is welled up with emotion when his actress wife gushes over him during her acceptance speech at the award-giving show.

AceShowbiz - Emily Blunt and John Krasinski continue proving themselves as one of the Hollywood's sweetest couples ever. When the former was named the winner for Outstanding Performance by a Female Actor in a Supporting Role in Motion Picture for her role in "A Quiet Place", an emotional John couldn't help but gave her the biggest hug and a standing ovation before she accepted the trophy.

John was eventually left in tears when Emily gave a touching shout-out to him during her acceptance speech. "I am so moved and completely lost for words and unprepared," she said. "I am going to share this completely with my husband, John Krasinski, because the entire experience of doing this with you has completely pierced my heart. You are a stunning filmmaker. I am so lucky to be with you and to have done this film with you."

"Thank you for giving me the part. You would have been in major trouble if you hadn't," she later joked, before thanking their daughters Hazel, 4, and Violet, 2. "Thank you to the two little poems in our life, our daughters Hazel and Violet, who will have to be at least 45 before they see this film, but they'll be proud of you nonetheless. Thank you SAG, I am so honored."

After the actress finished her speech, John immediately jumped back up from his seat and applauded enthusiastically. "The Office" star was visibly emotional.

Emily won the award after beating out touch competitors. She went up against Amy Adams from "Vice (2018)", Margot Robbie from "Mary Queen of Scots" as well as Emma Stone and Rachel Weisz from "The Favourite".

'Glass' Is Unshattered at Box Office as Newcomers Bomb

Emily Blunt Suspiciously Hides Her Belly on Date With John Krasinski - Pregnant With Baby No. 3? 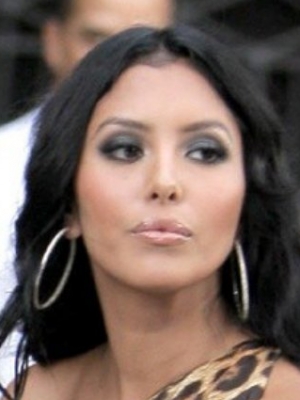