The first sneak-peek video for the David Harbour-starring movie gives a major 'Deadpool' vibe with a mix of humor and R-rated actions.

AceShowbiz - David Harbour's Hellboy gets in action in the first trailer for the reboot, "Hellboy (2019)". Coming earlier than expected, the video follows the titular character and his team, which includes Major Ben Daimio (Daniel Dae Kim) and Alice Monaghan (Sasha Lane) as they're recruited to save the world from a medieval sorceress who wants to destroy humankind.

The video is filled with goofy banters as humans have a problem to identify which side Hellboy is on. At one point, an agent shoots him but misses. Meanwhile, Hellboy is irritated by Daimio who calls him a monster. "He's an a**hole," the Beast of Apocalypse confides to Alice about Daimio.

Offering a glimpse of some R-rated actions, the trailer also features the main villain, Nimue the Blood Queen (Milla Jovovich), who is going to bring apocalypse on earth. The witch is seen conjuring a spell when Hellboy interrupts her. In another scene, Hellboy emerges with his flaming horns.

In Neil Marshall's new take on the Dark Horse Comics character of the same name, Hellboy is depicted as hairier, angstier and more immature than he was seen before, according to Entertainment Weekly. Harbour tells the site that the upcoming movie is "not an origin story, but it's his coming to terms with where he came from."

He adds of his character, "He's been Hellboy for a long time, but there's a new turn of events at the start of the film, where people start to bring up the fact that he might bring about the end of the world, and it's really the first time he's heard anything like that. The question that comes up in the movie is where does he really belong?"

The identity conflict doesn't only come from the inside, as his own team member Daimio doesn't really trust him. "Just because they all exist in this universe doesn't make them all friends," Kim says. "There are suspicions and rivalries. As far as how he holds his own, let's just say Daimio has a few tricks up his sleeve."

Fans have seen #Hellboy on the big screen twice already, but #DavidHarbour’s version of the brawny red monster hunter is hairier, angstier, and more immature than what’s come before — as you can see in this exclusive first-look photo from next year’s 'Hellboy' movie. Click the link in our bio to see what Harbour has to say about his hero's existential crisis. 📷: Mark Rogers/Lionsgate

As for the major villain, the movie will feature a backstory that explains the reasoning behind Nimue's actions. "We really three-dimensionalized her in the movie," Harbour shares. "She was brought up in a culture that treated her kind a certain way, and it wasn't always deserving. That's the point that becomes compelling to Hellboy and spins his head around."

Also starring Ian McShane as Trevor Bruttenholm, Hellboy's adoptive father who runs the Bureau of Paranormal Research and Development, "Hellboy" reboot is set to be unleashed in U.S. theaters on April 12, 2019.

Natalie Portman Complains About Women Being Objectified in Media

Hellboy Is Tempted by the Blood Queen in New Bloody Trailer 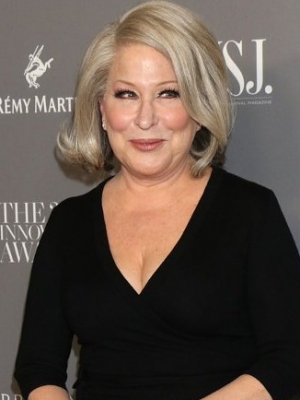