Alongside Dove Cameron and Sarah Bolger, the 'Stranger Things' star opts for a black-and-white ensemble at the annual event in Beverly Hills, Calif.

AceShowbiz - Ahead of the Emmys, Tory Burch once again joined forces with Glamour magazine in hosting a Luncheon on Sunday, September 16 at the Tory Burch flagship in Beverly Hills, Calif. Among the attendees at the bash, which was to honor this year's top female talents in all aspects of television production, were Natalia Dyer, Madelaine Petsch, Dove Cameron, Ellie Kemper, Issa Rae, Chrissy Metz and Busy Philipps among others.

Natalia showed off her chic look by opting a black-and-white ensemble. The 21-year-old "Stranger Things" star donned a white shirt with ruffle sleeves and a pair of wide-leg pants. She completed her style with a brown sling bag and nude heels, while letting her brunette locks styled in messy curles. 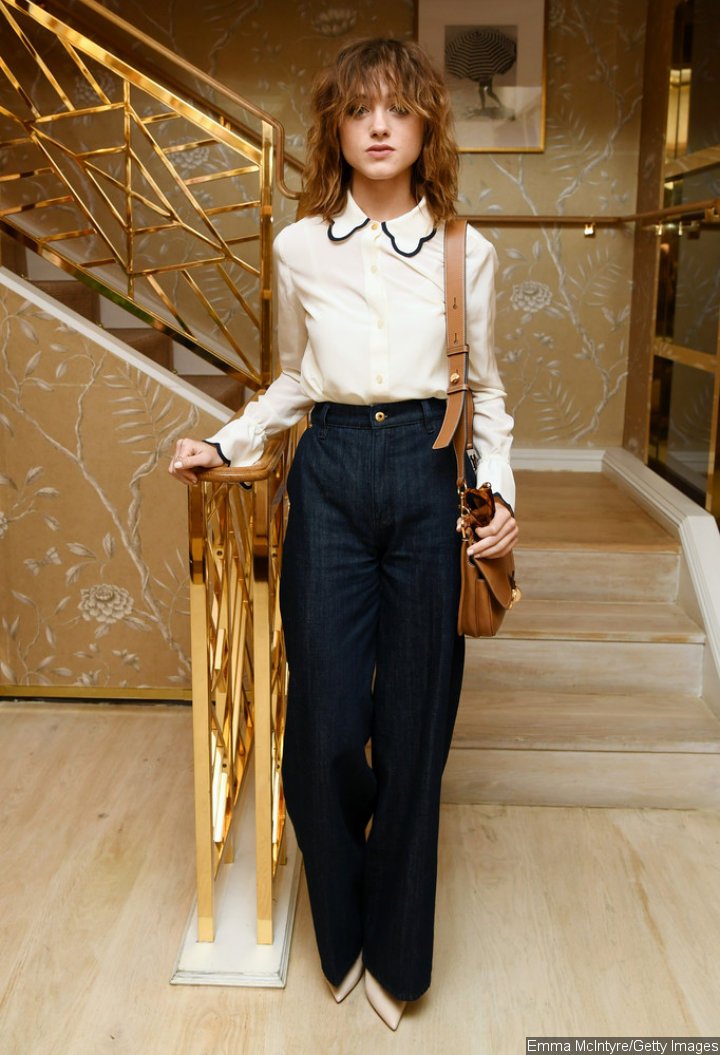 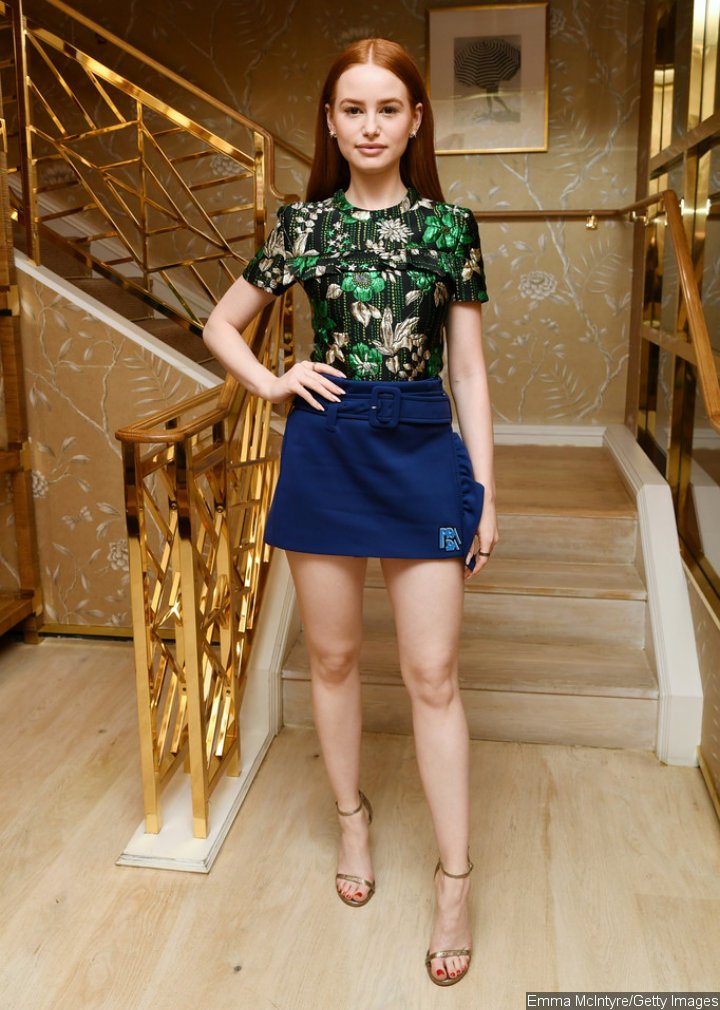 Madelaine Petsch opts for a floral top and mini skirt for the pre-Emmys event.

Also showing up in a black-and-white outfit was Dove, who opted for a striped turtleneck. She paired it with a black pants and matching shoes. The "Descendants 2" star completed her style with a navy mini suede bag. 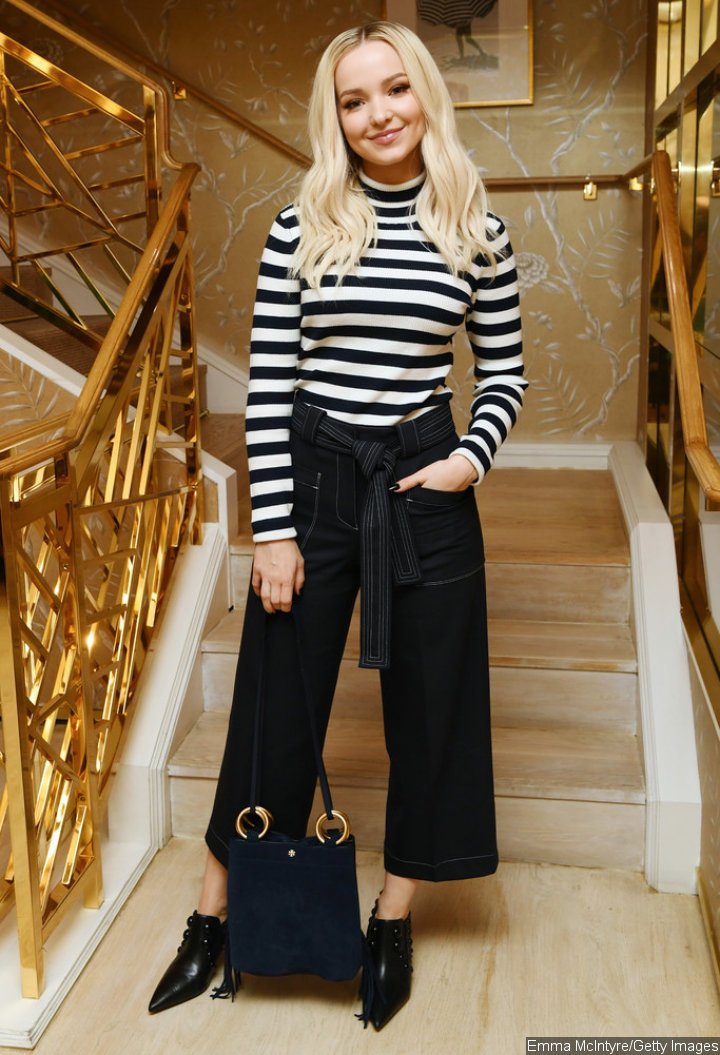 SHE IS SO BEAUTIFUL pic.twitter.com/VVsvHnc1OL

A black-and-white fashion was seemingly a go-to look for many stars as Sarah Bolger was also spotted looking equally stunning in a white shirt and striped pants. Meanwhile, Issa was opting for Issa a Madiyah Al Sharqui asymmetric dress. 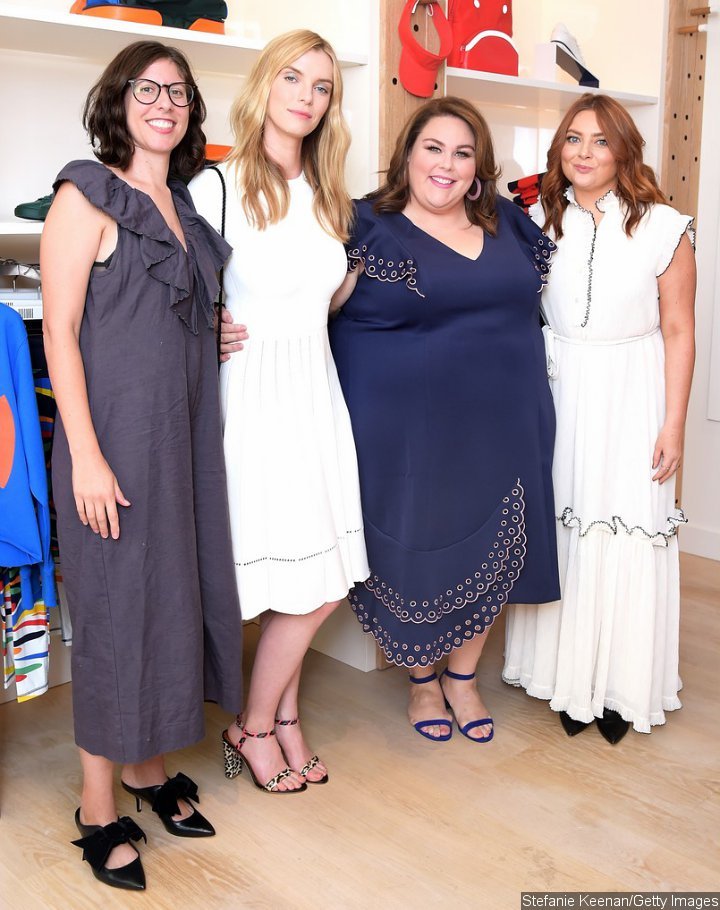 Among the attendees is "This Is Us" star Chissy Metz. 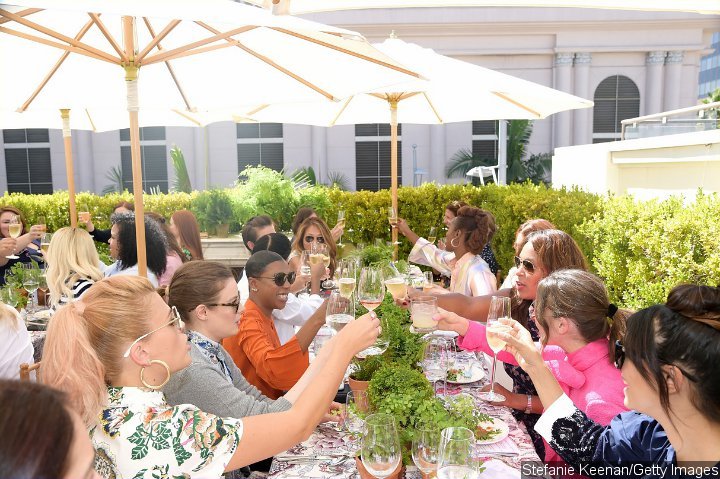 Prior to this, Natalia and boyfriend and "Stranger Things" co-star Charlie Heaton stepped out for a pre-Emmys event in Beverly Hills. The actress and her 24-year-old English beau looked so loved up while attending the Hollywood Reporter & SAG-AFTRA 2nd annual Emmy Nominees Night on Friday, September 14.

Natalia looked so lovely in a long white floral print sleeveless dress with blue flowers. She added glamor to her look with stud earrings and a few rings while opting for a light makeup that accentuated her natural beauty. Meanwhile, her handsome companion looked dapper in a crisp white dress shirt, brown plaid coat and black trousers with matching shoes.