The former Victoria's Secret Angel flaunts PDA with her new Italian boyfriend Nicolo Oddi as they step out together in Los Angeles.

AceShowbiz - Alessandra Ambrosio is happy and in love, five months after announcing her split from her fiance of ten years, Jamie Mazur. The model was stepping out with her new boyfriend Nicolo Oddi in Los Angeles on Tuesday, August 7.

And it's clear that the two are completely smitten with each other as they engaged in a series of PDAs during the outing. In some pictures obtained by Daily Mail, the Brazilian beauty and her Italian beau were seen kissing and hugging while walking outside an Italian restaurant. 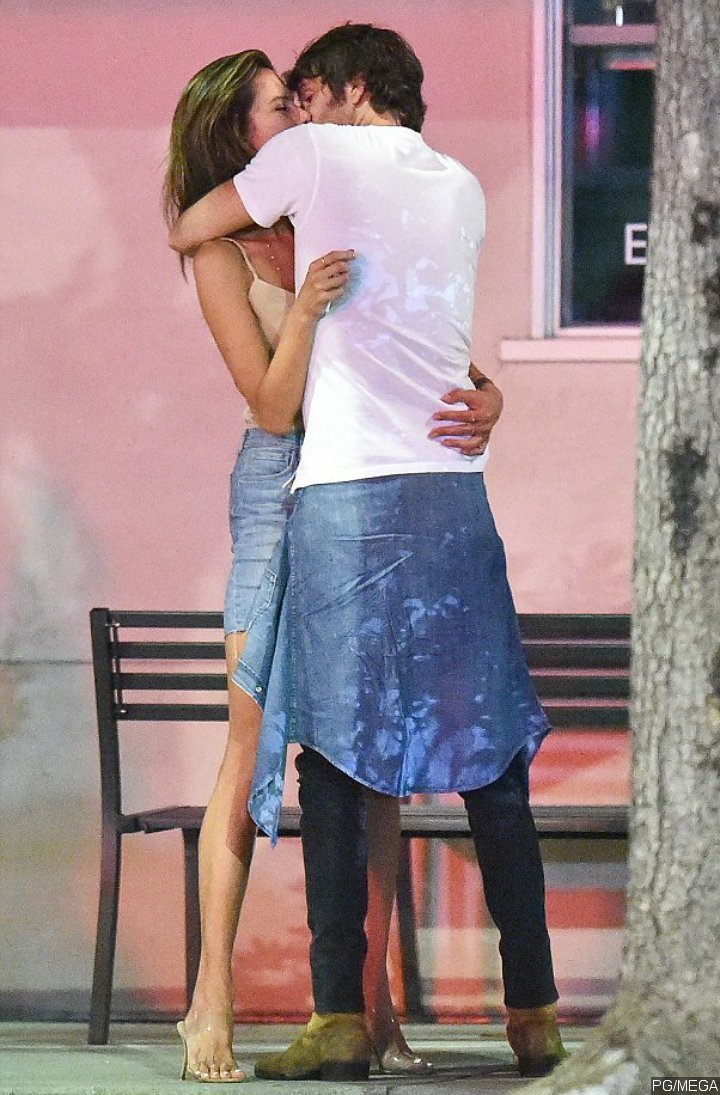 Alessandra Ambrosio and her new beau Nicolo Oddi were spotted kissing and hugging in Los Angeles. 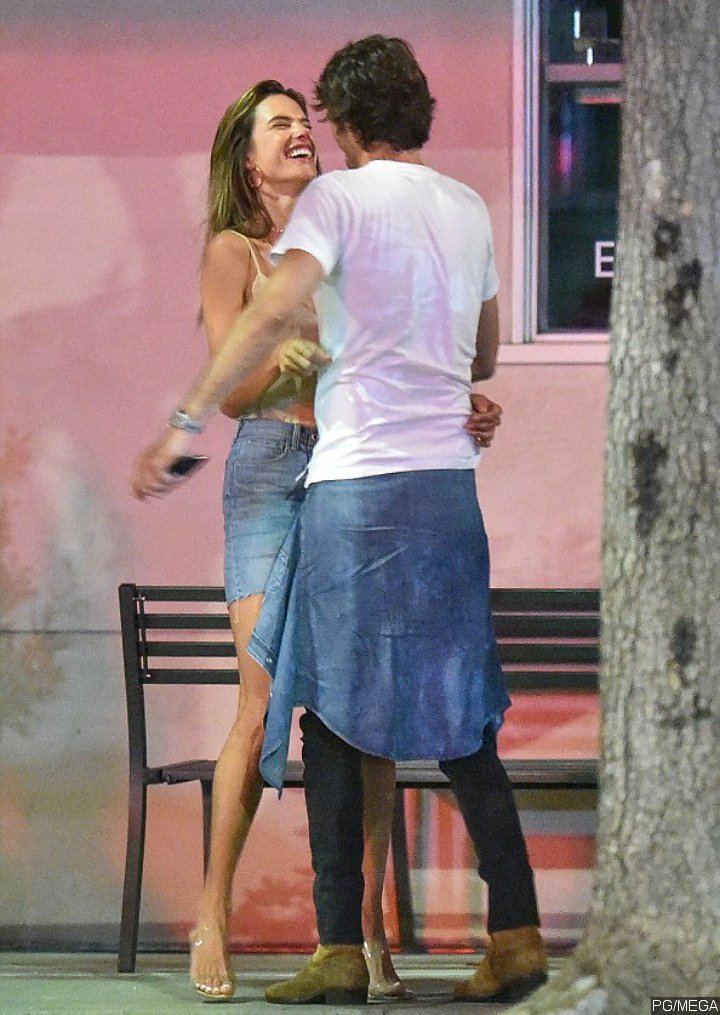 The pair looked smitten as they couldn't get their hands off each other.

Alessandra also flashed a smile while talking to Nicolo. The pair took a moment to share a bench outside the restaurant and kiss again. Nicolo apparently knew how to make Alessandra happy as she was seen laughing while tilting her head back. 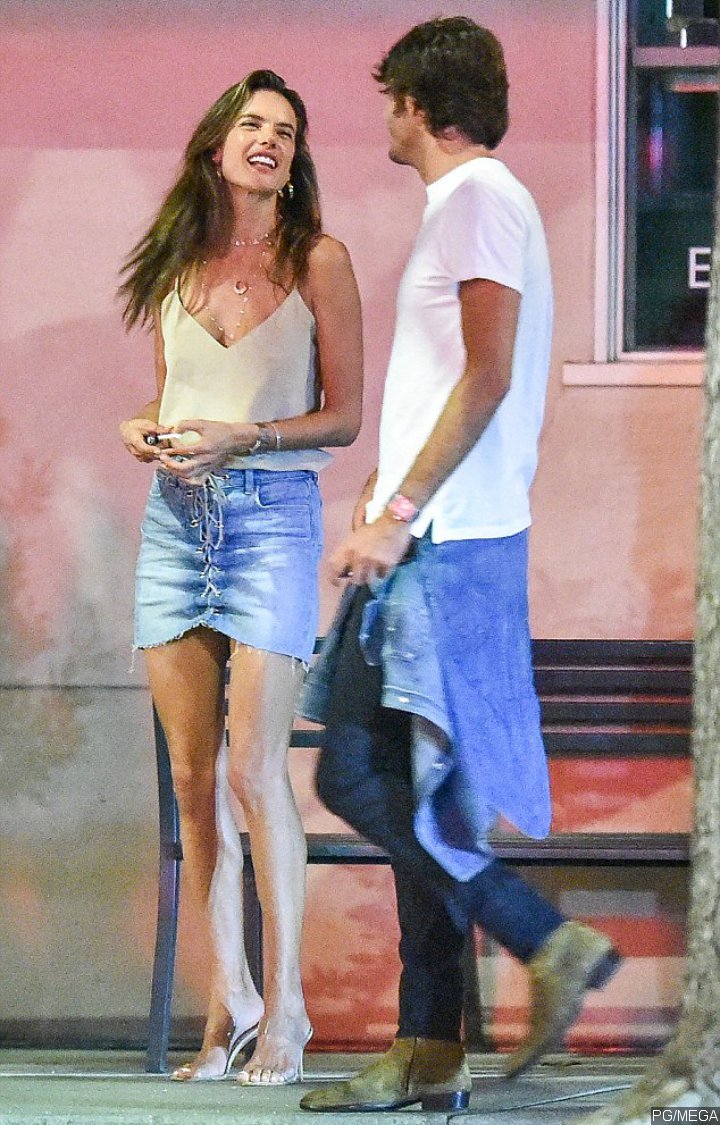 The model was all smiles during the outing with her Italian man, five months after splitting from her fiance of ten years, Jamie Mazur.

The 37-year-old star kept it casual during their dinner date, wearing tan colored tank top with a plunging neckline that put her ample cleavage on display. She paired it with denim skirt and high-heels. She let her brunette tresses loose and cascaded over her shoulders, as she wore some necklaces, earrings and bracelets as accessories.

Nicolo, who created his own fashion line called Alanui with his sister Carlotta in 2016, also opted for a laid-back style. He donned a white T-shirt and dark jeans, with a denim jacket tied around his waist. He added a stylish touch with his suede shoes.

It's not clear if Nicolo was the same man whom Alessandra was spotted with late last month. The brunette beauty was spotted getting cozy with a hunky Italian man on Saturday, July 28 in Atlantic City. "The two were very affectionate with each other, kissing and, when she wasn't dancing, they had their arms around each other," a source told Page Six.

It was reported in March that Alessandra and her fiance Jamie Mazur had called it quits after ten years of engagement. They were last seen together in Christmas. "They [have] been trying to keep their split on the down low, but Alessandra has been out and about ready to mingle and hasn't been taking Jamie to anything," a source told Us Weekly at the time.

Alessandra and Jamie got engaged in 2008. They have two kids together, 9-year-old Anja Louise and 5-year-old Noah Phoenix. The former Victoria's Secret Angel has not publicly addressed her separation from her longtime partner.