AceShowbiz - Alessandra Ambrosio apparently didn't spend the Halloween as a single woman. The 39-year-old stunner may have found herself a new man as she was spotted getting a little too close with a PR firm CEO during a Mexican getaway with her two children.

On Sunday, the model was photographed straddling the shoulders of Network USA founder/CEO Daniel Urzedo, who bared his chiseled abs in black swim trunks. The catwalk beauty, meanwhile, flaunted her curves in a leopard-print bikini.

In a picture shared on her Instagram Stories, Alessandra was seen enjoying a shoulder ride from Daniel, with her daughter Anja Lousie and a female pal hanging onto him on the beach. She tagged both her possible new beau and her 12-year-old daughter in the post. 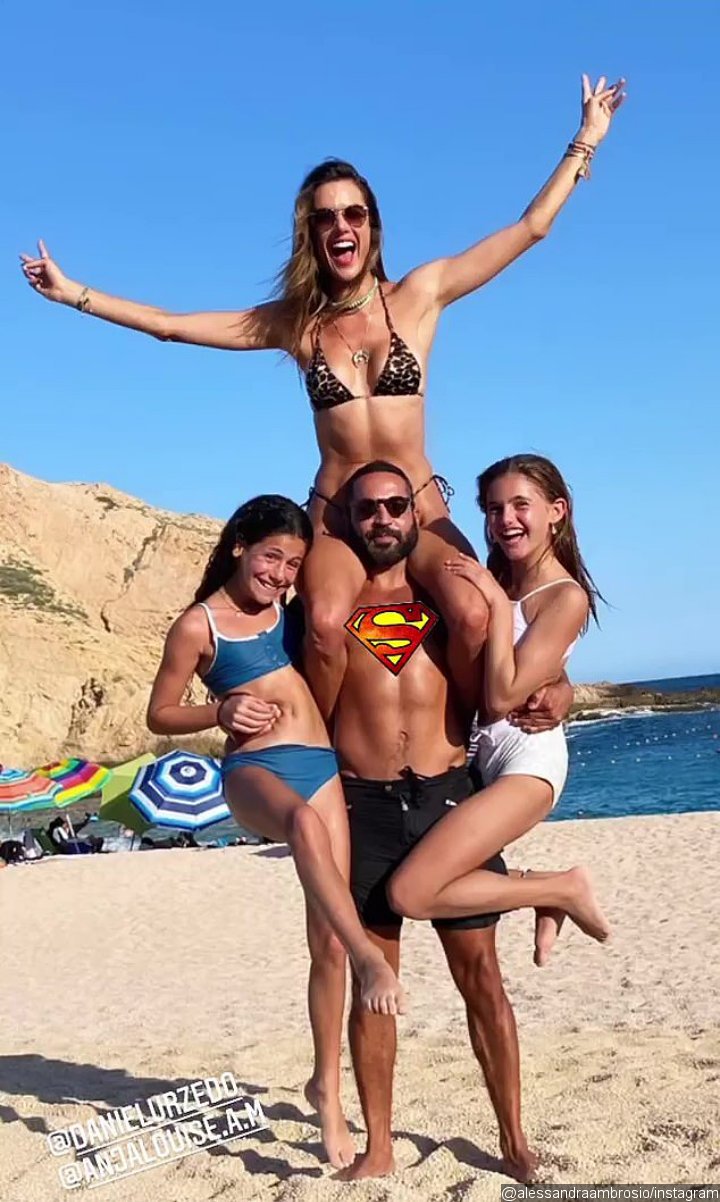 The mother of two was also seen sunbathing next to a long-haired friend in the sand and later taking some time for herself in a cabana. She appeared to take a selfie while sipping on a cocktail as she lounged on a bed.

Alessandra's 8-year-old son Noah Phoenix was not seen with her at the beach, but she later shared photos of her and her two children dressing up for Sunday (November 1) evening's celebrations of Dia de los Muertos, or the Day of the Dead, at Montage Los Cabos.

The former Victoria's Secret Angel modeled a stunning sheer black dress and gold bralet, with her hair done up in a garland of flowers. Anja sported a face paint and a flower headpiece like her mother, while Noah put on a skeleton makeup with the help of his sister.

Alessandra shares her two children with businessman Jamie Mazur, founder of RE/DONE jeans. The former pair got engaged in 2008, but in March 2018, it was reported that they called it quits. Five months later, she was spotted stepping out with her new boyfriend Nicolo Oddi in Los Angeles. It's not clear if they have broken up, but the two were last seen together in public months ago, while making a pizza run in May.