The magistrate also rules that Guillermo del Toro and Fox Searchlight executives are entitled to recover the money they spent on legal costs in their defence.

AceShowbiz - Director Guillermo del Toro is celebrating after beating a plagiarism lawsuit over his Academy Award winning sci-fi romance "The Shape of Water".

A federal judge has dismissed the legal action brought against him in February, just ahead of the Oscars ceremony, by representatives overseeing the estate of playwright Paul Zindel, who accused the filmmaker of lifting plot elements from the late dramatist's 1969 play, "Let Me Hear You Whisper".

Judge Percy Anderson issued a short ruling on Monday, July 23 dismissing the claim with prejudice, meaning Zindel's camp can never file another lawsuit on the matter again. The magistrate also ruled that del Toro and Fox Searchlight executives are entitled to recover the money they spent on legal costs in their defence.

The director has always maintained "The Shape of Water", which picked up trophies for Best Picture, Best Director, Best Production Design and Best Original Score at the Academy Awards ceremony on March 4, was an original idea, and vehemently denied the plagiarism allegations.

"I have never read nor seen the play," he told Deadline around the time the lawsuit was filed. "I'd never heard of this play before making The Shape of Water, and none of my collaborators ever mentioned the play."

"I have been at this 25 years and have an unimpeachable reputation," he added. "I have always made it an element of my career to talk about my influences in every single movie I have made, in the comment track of DVDs, on Twitter, in my museum exhibitions.

"I have been open about the things I love, and I have had no problem discussing them and how they were transformational in my movies... I am a writer/director who has generated TV series, books, movies and an enormous amount of screenplays through the years. Without a single complaint."

Zindel estate representatives sought all the profits from the film and an injunction to block the movie from any further screenings in theatres. 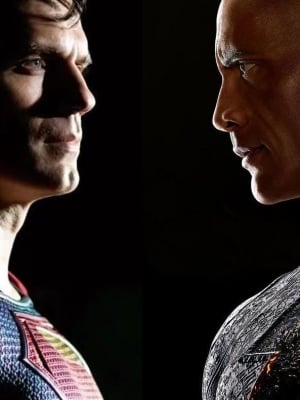