Nicole Kidman to Reunite With David E. Kelly on HBO Series 'The Undoing'

In addition to starring, the Emmy-winning actress is set to executive produce the psychological thriller series alongside the 'Big Little Lies' writer.

AceShowbiz - A new series hailing from the driving forces behind "Big Little Lies" is coming to HBO. The Emmy-winning series' star and executive producer %cNicole Kidman% is re-teaming with writer David E. Kelley for "The Undoing".

The limited series, which is given a straight-to-series order three months after the network renews "Big Little Lies" for its sophomore season, is based on "You Should Have Known", a novel by Jean Hanff Korelitz. Nicole will play a character named Grace Sachs. She is described as a successful therapist who is on the brink of publishing her first book. She has a devoted husband and a young son, who attends an elite private school in New York City.

"Weeks before her book is published, a chasm opens in her life: a violent death, a missing husband, and, in the place of a man Grace thought she knew, only a chain of terrible revelations," HBO said in a press release. "Left behind in the wake of a spreading and very public disaster, and horrified by the ways in which she has failed to heed her own advice, Grace must dismantle one life and create another for her child and herself."

"The Undoing" also reunites Nicole and David with Bruna Papandrea, who serves as producer for "Big Little Lies". In addition to starring, Nicole has been tapped to executive produce the new series alongside David. David also pens the script and serves as showrunner. Bruna, meanwhile, will also executive produce through her company Made Up Stories.

"We're thrilled to continue our creative relationships with both Nicole and David, and can't wait to bring this show to life," HBO programming president Casey Bloys said.

David added, "I loved this book. A character-driven psychological thriller, I'm excited about the adaptation and thrilled to be able to do it with Nicole and HBO."

"David has created another propulsive series with a fascinating, complicated female role at its center," Nicole said. "I'm excited and honored to continue collaborating with HBO and David E. Kelley."

Do Big Sean and Jhene Aiko Split Up Because of Nicole Scherzinger?

Nicole Kidman's Husband on 'The Undoing' Found in Hugh Grant 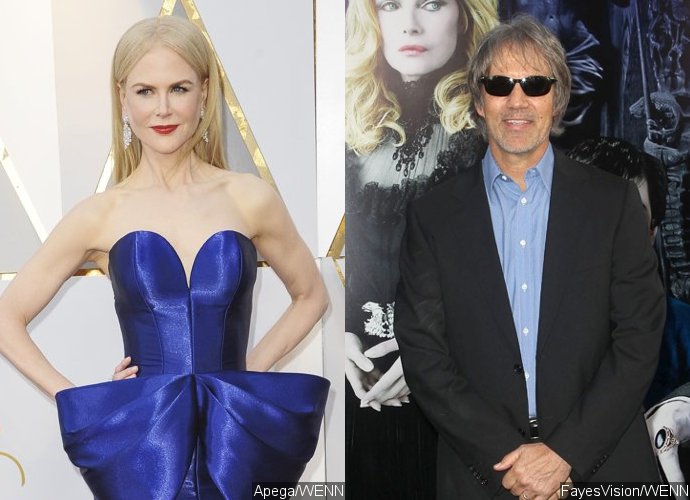 Nicole Kidman to Reunite With David E. Kelly on HBO Series 'The Undoing'