Besides offering her kidney, the 'Bodak Yellow' raptress congratulates Bruno for being the biggest winner at the 2018 Grammy Awards.

AceShowbiz - Cardi B is so grateful to Bruno Mars for their "Finesse" collaboration that she's willing to make a major sacrifice for him. After their epic performance at the 2018 Grammy Awards, the 25-year-old raptress thanked Bruno for re-inventing the song with her, offering up her kidney as a thank you.

"I want to thank you soo much! I don't even know how! Maybe one day you'll need a kidney. I got you," so she wrote on Instagram along with a shot of their performance. "Congrats on your Wins tonight you deserve I.T. You sing, dance play instrument, produce your videos. S**T you probably know how to build a house. You ARE AMAZING ...and you gave me rhythm."

@brunomars i want to thank you Soo much ! I don’t even know how !maybe one day you’ll need a kidney 😂I got you 💪🏾Congrats on your Wins tonight you deserve I.T .You sing ,dance play instrument ,produce your videos SHIT you probably know how to build a house .You ARE AMAZING ...and you gave me rythm

"Finesse" was released on January 4, and the duo performed the song for the first time at the award-giving event, where Bruno was dubbed the biggest winner. The "That's What I Like" hitmaker took home a total of six awards at the event, including Album of the Year, Record of the Year and Song of the Year.

During his Album of the Year acceptance speech, Bruno revealed that he created "24K Magic" album in hopes that people would dance together to the songs, even when they didn't know each other. "That's all I wanted to bring with this album and hopefully I could feel that again and see everybody dancing and everybody moving," he said, dedicating the award to the people. "They are my heroes."

Cardi, on the other hand, came home empty handed even though she was nominated for Best Rap Song and Best Rap Performance. Despite that, she still had an incredible night at the award show, receiving a handwritten note from Bono.

"My god, I got a f***ing note from Bono," she said in an Instagram clip while waving the note excitedly. "I can't believe it! Nobody talk to me now. Where's Bono? And our names both start with a 'B.' " 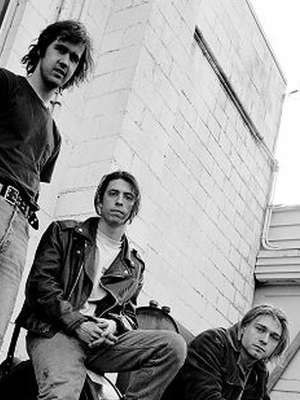