George Clooney to Direct and Star on 'Catch-22' TV Series

The 'ER' alum has been tapped to play Colonel Cathcard on the series, which is based on the World War II novel by Joshep Heller.

AceShowbiz - %cGeorge Clooney% is making a TV return. The 56-year-old actor is set to direct and star on an upcoming TV adaption of Joseph Heller's classic novel, "Catch 22".

In addition to starring and directing, the "Ocean's Eleven" actor will serve as an executive producer of the 6-episode limited series, which hails from Paramount TV and Anonymous Content. Clooney will portray Colonel Cathcard on the series, which is based on the World War II novel.

The Oscar-winning actor will direct and executive produce alongside Grant Heslov, with whom he co-founded Smokehouse Pictures in 2016. Also serving as executive producers are Luke Davies and David Michod who also co-write. Richard Brown and Steve Olin will executive produce on behalf of Anonymous Content.

The new series is said to eye an early 2018 production. Adapted from the 1961 novel, the series is set in Italy during World War II. It centers on Captain John Yossarian, an U.S. Air Force bombardier who is furious because of the bureaucratic rule known as Catch 22. The rule specifies that being concerned for one's safety is proof of sanity. He attempts to maintain his and other airmen in his camp's sanity while fulfilling their task in order to return home safe.

No network is currently attached to the new iteration of the novel. Other casting has not been announced as well.

The role will mark Clooney's first regular TV role after he left NBC's medical drama "ER" in early 1990s to pursue a film career. Through his role as Doug Ross, the father of two nabbed two Emmy and three Golden Globes nominations.

Prior to this, "Catch-22" was previously adapted into a feature film back in 1970. Titled the same name, the flick starred %cAlan Arkin% as Yossarian, while %cMartin Balsam% played Cathcart. Mike Nichols served behind the lens with a script written by Buck Henry.

Blac Chyna Drops All Kardashian-Jenner Sisters From Lawsuit, Except for Kim

George Clooney Back at Work After Scooter Crash 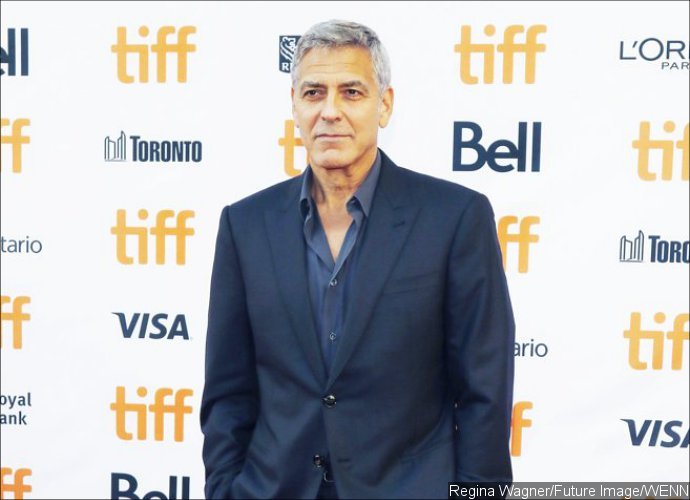 George Clooney to Direct and Star on 'Catch-22' TV Series