The ratings for the reality show, which premiered on the Logo channel on April 27, have reportedly been a disaster.

AceShowbiz - %cKelly Ripa%'s gay reality show "Fire Island" is reportedly in danger. The "Live" host is begging her pal %cAndy Cohen% to save her new series, which is described as a "Jersey Shore" for gays, as its ratings "have been a disaster."

A source tells Naughty Gossip, "Kelly and her husband are the producers of Logo's TV's reality show set on 'Fire Island'. It follows around a bunch of young, b****y gay men as they are looking for love. But the ratings have been a disaster and now Kelly needs help."

"Her gay BFF, Andy Cohen, is the genius behind the Real Housewives franchise on Bravo, and he can fix even the worst shows," the source adds, "The problem is that there is no one to root for on Kelly's show. They are all coming across as people you wouldn't want to be friends with."

"Fire Island" premiered on the Logo channel on April 27.

Kelly felt "betrayed all over again" after knowing that ABC hired %cRyan Seacrest% not for the sake of her show, but to bring him back as the host of "American Idol" revival on the network.

A source previously told Radar Online, " 'Live!' makes ABC a lot of money but it's nothing compared to money that can be make in prime time. Ryan knew all along what was going on, but once again, everyone kept her in the dark."

J.Lo Is Committed to Have Baby With Alex Rodriguez 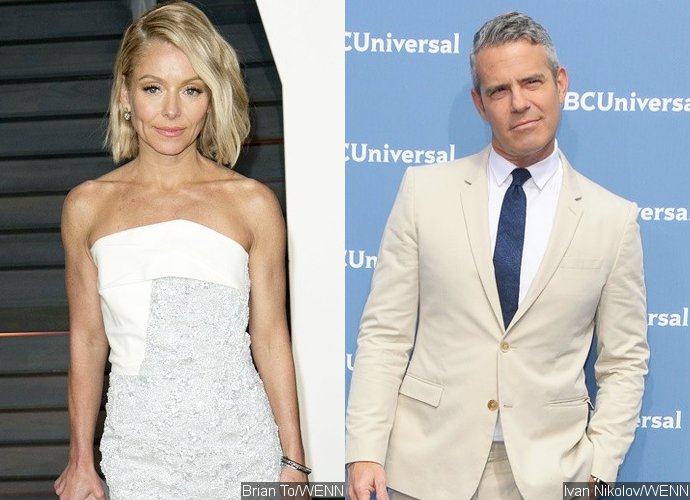