To promote an Omaze campaign, the 'Martian' actor changed his longtime pal Affleck's profile picture and posted a video of him bragging about his friendship with Brady.

AceShowbiz - %cMatt Damon% continues his feud with %cBen Affleck% over %cTom Brady%. Earlier this week, "The Martian" actor hijacked his longtime friend's Facebook page as he tried to convince everyone that the NFL star liked him better.

He first changed Affleck's profile picture to show an image of Brady posing next to a man whose head is replaced by Damon's. The 46-year-old hunk also added "BFFs", written in bright pink letters, to the photoshopped snap.

Later, he posted a video on Affleck's timeline and bragged about his friendship with Brady. "What's up, Facebook? Ben went to the bathroom - we're in the office - so I'm taking over his Facebook page for a minute," he said in the clip shared on Wednesday, October 12.

"I think you may have heard Ben claims to be friends with Tom Brady. May or may not be true," he continued. "The important thing to know, besides the fact that Tom likes me a lot better, is that we're getting together in Boston and you can enter to join our little party."

Commenting on the video, Brady asked Damon, "Ben just texted me... you locked him in the bathroom?" Affleck then mocked the "Jason Bourne" star in the comment section, saying, "Sorry you don't have Facebook, Matt. That's another thing that T-Bone and I have in common...just saying."

Damon and Affleck have been competing for Brady's attention to promote an Omaze charity campaign. Last month, they announced that one fan and a friend could spend a night hanging out with the three men in Boston just by making a $10 donation. 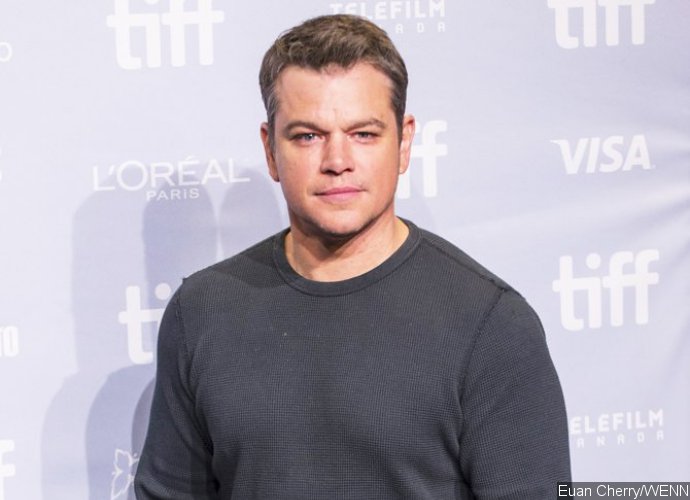