The 17-year-old actress revealed the news in a selfie video posted on her Tumblr page on late Thursday, January 7.

AceShowbiz - %cAmandla Stenberg%, who starred as Rue in "The Hunger Games", has gotten candid about her sexuality. Amandla revealed that she "identifies as a black, bisexual woman" in a selfie video posted on her Tumblr page on late Thursday, January 7.

"It's a really, really hard thing to be silenced and it's deeply bruising to fight against your identity and to mold yourself into shapes that you just shouldn't in," the 17-year-old actress said in the video. "As someone who identifies as a black, bisexual woman, I've been through it and it hurts and it's awkward and it's uncomfortable."

"But then I realized because of Solange [Knowles] and Ava DuVernay and Willow [Smith] and all the black girls watching this right now that there's absolutely nothing to change," she went on, "We cannot be suppressed. We are meant to express our joy and our love and our tears and be big and bold and definitely not easy to swallow."

Amandla, whose mother is African-American and her father is white and from Denmark, added, "I definitely believe in the concept of rebellion through selfhood and rebellion just by embracing your true identity, no matter what you're being told. Here I am, being myself and it's hard and vulnerable and it's definitely a process but I'm learning and I'm growing."

According to the actress, there is still "a lot of work" to be done for "all women of color." She explained, "I mean, we need more representation in film and in television and need our voices to be louder in the media. And not just women of color, I mean, bisexual women, gay women, transgender women, mentally ill women. I'm sick of all the misogyny and homophobia and transphobia that I see around me and I know you are too." 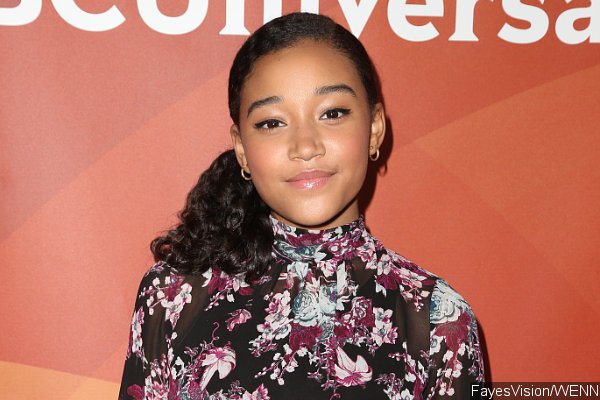