Scott Disick was not pleased when one shutter bug got too close to his family and attempted to take a close shot at his baby son, Mason.

AceShowbiz - Kourtney Kardashian's man exploded at one of the paparazzi who surrounded his family while at Miami International Airport on Thursday, December 30. Scott Disick reached a boiling point and yelled at one photographer who was actually about two meters away from his baby Mason.

The couple's publicist had actually tried to send away the snappers but they didn't budge. "How close can you get??" Disick threw a fit as seen on TMZ's video. "Stand back, you f***ing idiot. Don't get that f**king close to me!!!" He then attempted to calm down and said, "I mean he's this f***ing close to my kid man."

Kardashian kept her cool all the time while carrying Mason. But she defended Disick's action later on a blog, writing "Paparazzi beware. Please don't get too close to Mason. We don't like it. Stay at a friendly distance, don't ask dumb questions and we can all get along."

TMZ said Disick and his family left the airport minutes after the explosion without any further incidents. 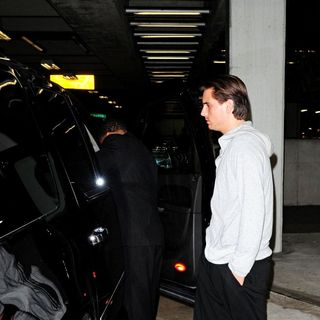 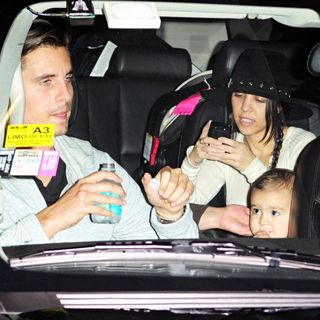 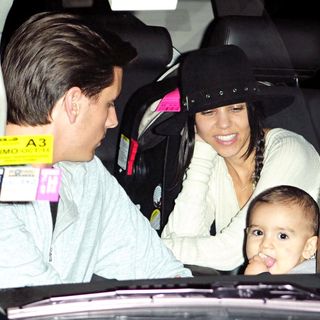 Offset Makes Fan Cry After Paying for Her Items in Target