Living on the streets of Denver, pushing a shopping cart piled high with all his worldly possessions, the man everyone calls 'The Champ' (Samuel L. Jackson) knows he was not the greatest boxer to ever step in the ring, but at least he had a shot at it. After years of succumbing to fighters who ultimately found his glass jaw more often than he landed a winning punch, the Champ went from up-and-coming to mere has-been, with no heavyweight championship under his belt. Now he fights no one but cops and street thugs. Living in the shadow of his former self, this champ is down and halfway out.

Denver Times sports reporter Erik Kernan (Josh Hartnett) knows the feeling. He's been living in the shadow of his famous father Erik the 'Wow Man' Kernan ever since he too decided to be a journalist. Listening to tapes of his old man's lively radio broadcasts -- Erik is aware that he has some big journalistic shoes to fill. Assigned to cover all the bush-league sporting events, he wants a shot and the big time, but his hard-driving editor Metz (Alan Alda) is quick to tell Erik he's just not cutting it. 'I forget your pieces while I'm reading them,' Metz complains. 'A lotta typing – not much writing.'

Rapidly losing ground at work and at home – his wife Joyce (Kathryn Morris) has asked for a separation – Erik is afraid of becoming an absent father to his son Teddy (Dakota Goyo) just like his father was to him. He needs to make changes, to put heart back into his life and into his work . . . but how?

One night after leaving the paper, as Erik sees a gang of thugs beating up a homeless man. He notices how well the grizzly old fellow can take a punch. He bobs, he weaves, he lands a few good ones himself until Erik chases the thugs away, leaving jeers of how they beat 'The Champ' in their wake. Erik realizes he has just rescued the legendary 'Battling Bob Satterfield' and stumbled on the story of a lifetime. But rumor had it Satterfield was dead . . . and yet here he was. An article about the rise, fall and resurrection of a former heavyweight contender could get Erik's career off the ropes and breathe life into his confidence. A story like this could be the title shot he has been waiting for a chance to change his life forever. 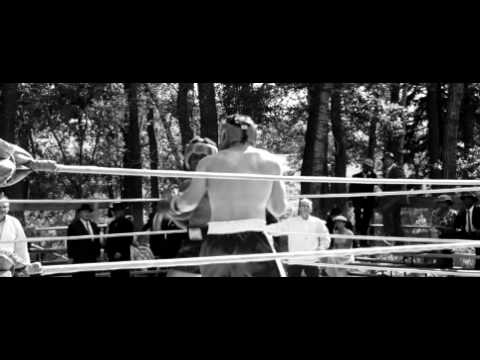