Michael Clayton (George Clooney) is an in-house "fixer" at one of the largest corporate law firms in New York. A former criminal prosecutor, Clayton takes care of Kenner, Bach & Ledeen's dirtiest work at the behest of the firm's co-founder Marty Bach (Sydney Pollack). Though burned out and hardly content with his job as a fixer, his divorce, a failed business venture and mounting debt have left Clayton inextricably tied to the firm. At U/North, meanwhile, the career of litigator Karen Crowder (Tilda Swinton) rests on the multi-million dollar settlement of a class action suit that Clayton's firm is leading to a seemingly successful conclusion. But when Kenner Bach's brilliant and guilt-ridden attorney Arthur Edens (Tom Wilkinson) sabotages the U/North case, Clayton faces the biggest challenge of his career and his life. 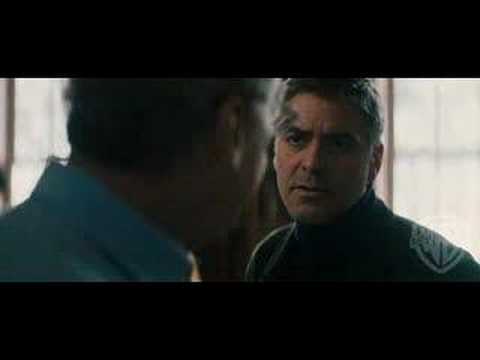