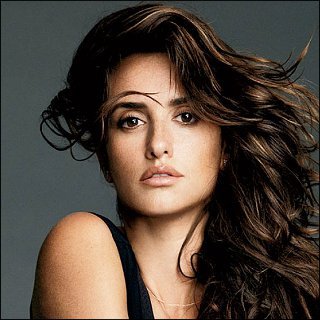 The "Spanish Enchantress" definitely is an appropriate term to be addressed to Penelope Cruz Sanchez. Mesmerizing, talented and strong willed, she has made her way to be one of the most prominent Latin actresses in Hollywood film industry. Born on April 28, 1974 in Madrid, Spain, her parents, Eduardo Cruz and Encarna Sanchez, named her based on Joan Manuel Serrat's song. Growing up in Alcobendas together with her younger siblings, Monica and Eduardo Cruz Jr., little Penelope developed a fondness for performing at a very young age, especially for ballet and jazz dance. Overwhelmed with this passion, she spent nine years to study classical ballet at Spain's National Conservatory in Madrid while also learned Spanish ballet under the guidance of Angela Garrido for three years. Wanting for more, she took a period of jazz dance lessons with Raul Caballero as well as four-years dance courses with Cristina Rota in New York City.

Her transition to acting began when she defeated more than 300 other girls in a talent agency audition at the age of 15. This initial success resulted in her decision to quit her study at a secondary school. The contract she obtained led her to appear in commercials and Spanish TV shows, including that of "La Quinta Marcha" in which she started to gain people's attention as the program's host in 1990. Turning her attention to acting, she made her debut in the following year through "El Laberinto Griego" (The Greek Labyrinth), which was delayed to be released until the year of 1993. However, it was her appearance in Mecano's music video of "La fuerza del destino" (1992) that she finally was able to embrace national fame. After starring in "Jamon, Jamon" (1992) and "Framed" (1992), she took part in "Belle Epoque" in the same year and to her surprise, it turned out to be a massive hit in Spain, collecting nine Goya Awards, the Spanish equivalent of the Oscar while eventually winning the category of Foreign Language Film at Academy Awards.

The glorious attainment of "Belle Epoque" unquestionably brought Penelope's name to the international recognition while opened a wider path for her career. Throughout the year 1993 to 1996, she performed in three or four films a year, proving that she had risen to be a substantial actress in her country. 1997 was a great period for her as "Abre los ojos" (Open Your Eyes) became box office, collecting eight Goya Awards. It was also during this period that she made her first acquaintance of Pedro Almodovar, the celebrated Spanish director, through his film entitled "Carne tremula" (Live Flesh). 1998 marked her initial effort to take part in English-speaking movies, starring in "The Man with Rain in His Shoes," which in US known as "Twice Upon A Yesterday." More importantly, it was the year she penetrated Hollywood by portraying Josepha O'Neil in %cStephen Frears%' "The Hi-Lo Country." From this point on she began to establish her own way to obtain worldwide acknowledgment.

Penelope apparently did not have to wait long enough to reach international success as her film, "Todo sobre mi madre" (All About My Mother) made in 1999 resulted extremely marvelous, gaining an Academy Award of Best Foreign Film in the same year. Receiving many promising offers to star in Hollywood productions, she appeared in "Woman on Top" and "All the Pretty Horses" which both came up in 2000. Inspired by her achievement, her sister, Monica left her profession as a flamenco dancer and followed Penelope to be an actress. Meanwhile, she continued maintaining her career by filming "Blow" and "Captain Corelli's Mandolin" in the following year. Her next film, "Vanilla Sky," which was based on her 1997 film "Abre los ojos," remarkably became one of 2001 box office hits with the total gross of more than 100 million U.S. dollars. Previously dating Faiz Ahmad and Nacho Cano, she was seriously involved with her opposite in the film, %cTom Cruise%.

Her romance with Tom created mass sensation since Tom had just separated from his wife, %cNicole Kidman%. On the other hand, this directed her to stay longer on the spotlight for press was eager to find more about this new girlfriend of Hollywood mega-star. Nevertheless, the relationship had also ignited some discomfort as Australian women's magazine New Idea accused her of cheating on Tom, having an affair with an unnamed Spanish actor behind his back. She then filed a lawsuit against the magazine for the allegation and won the case, earning an apology from the magazine. In the meantime, her career ran steadily throughout the year 2002-2004, being in the cast of "Waking Up in Reno" (2002), "Masked and Anonymous" (2003), "Fanfan la tulipe" (2003), "Gothika" (2003), "Non ti muovere" or "Don't Move" (2004), "Noel" (2004), and "Head in the Clouds" (2004).

After three years togetherness, Penelope and Tom finally decided to break-up in January 2004. Overshadowed by the outstanding actor, she determined to make people recognized her because of her skills instead of just a beautiful woman in Tom's life, therefore gained respect from them. Even though her next film, "Sahara" (2005), could not surpass what she had achieved in "Vanilla Sky," this adventure flick scored a good result in box-office, proving that she indeed possessed an unusual quality within her. What's more, she also found a new love in actor %cMatthew McConaughey% as they were cast together in this particular movie. However, after started dating since February 2005, the couple had in a joint statement released in May 2006 publicly announced they "have decided to take time off as a couple."

In contrast to her rocky love life, Penelope's career wonderfully ran rather velvety as she continued to grace the big screen through "Chromophobia" (2005), "Bandidas" (2006), and particularly "Volver" (2006), which led her to score triple nomination of SAG Award, BAFTA Award, and Oscar for best actress category in 2007. The same year also saw her appear in high-profile movie of "The Good Night" before she appeared in 2008 releases like "Manolete", "Elegy", and "Vicky Cristina Barcelona" opposite %cJavier Bardem%, whom she romantically involved with. 2009, in the meantime, marked her reunion with Almodovar as the two again teamed up to work together for Spanish-language drama thriller "Los Abrazos Rotos."

Beyond her status as a well-known Hollywood actress, Penelope is actively involved in social causes. She once did volunteer job in Uganda for two months in 1997, even donated all her salary she got from starring in "The Hi-Lo Country" (1998) to the children's sanctuary run by Mother Teresa in Calcutta. She also founded a non-government organization (NGO), Spanish Sabera Foundation, to provide a home, school, and clinic for homeless people who suffer from tuberculosis in Calcutta. After filming "All The Pretty Horses," she took part in shooting a documentary for the foundation to raise money for deprived children in India. Thus, these clearly point out all the beauties this appealing actress retains: beauty in the looks, behavior, and primarily, in the heart.