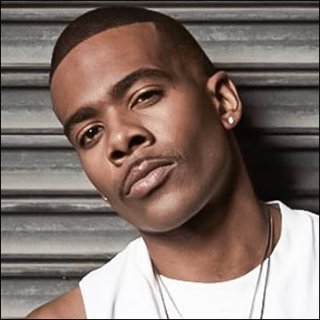 Mario grew up in working-class neighborhoods in Baltimore County, Maryland. He was raised by his grandmother while his mother struggled with drugs addiction. When he told his grandmother that he wanted to be a singer, he was given a karaoke machine to practice his singing skill. Working hard and focusing on what he wanted to achieve, Mario developed amazing progress in his learning how to sing. At the age of 11, he was signed by producer Troy Patterson and three years later, he inked a record deal with Clive Davis' J Records.

Though living separately from his mother, Mario had much love for the woman who bore him on August 27, 1986. His struggle to stop his mother's addiction and seek help from family and friends were documented in MTV's special titled "I Won't Love You to Death: The Story of Mario and His Mom" which aired in 2008.

The title of the TV program was taken from the letter Mario wrote to his mother where he begged her to stop her addiction. At the end of the letter he penned, "I love you, but I won't love you to death." The documentary, produced by Gigantic! Productions, won a 2008 Prism Award for its accurate portrayal of drug abuse.

As for his career in music industry, Mario dropped his first studio album "Mario" in 2002 when he was just fifteen. The album sold over 96,000 copies in the first week on sale and was eventually certified Gold for scanning over 596,000 units. Reaching number 9 on Billboard Hot 200, it featured hit singles, such as "Braid My Hair", "C'mon" and "Just a Friend 2002".

Mario's next album came two years after the first one. Titled "Turning Point", it brought in the likes of T.I., Jadakiss, Cassidy, Baby Champ and Juvenile as his collaborators. On what he wanted to achieve with this record, he told MTV, "One of the biggest reasons I wanted to do it is that I did want to stand out from everybody."

"I get to share it with the world," he said. "It's good for me. I been blessed to be in this situation. Everything's been going great. I just been pacing myself, working real hard on this album. That's what my life is about right now: my transition into manhood."

The third album "GO" was outed in 2007 by Mario. In this record, he only tagged two stars, Juelz Santana and Rich Boy, as his collaborators. "Do Right", one of the singles in the album, was dedicated to his mother. This song explained his mother's addiction and how it affected his childhood, and highlighted how much he looks up to her.

In October 2009, Mario comes out with another studio project "D.N.A.". With a track featuring Gucci Mane and Sean Garrett, "Break Up", he sat at number 19 on Billboard Hot 100 and reached number 2 on the U.S. R&B/Hip-Hop Songs chart.

Did JT and Lil Uzi Vert Use to Be Dating?