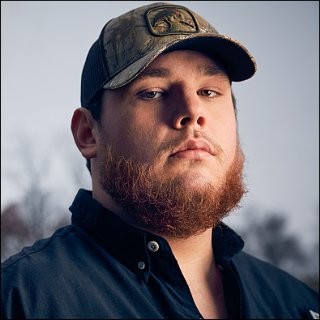 Born in Charlotte, North Carolina on March 2, 1990, %cLuke Combs% has been performing as a vocalist since childhood. But it wasn't until he attended college that he decided to focus on pursuing a career in country music industry and put his studies on the back burner. Dropping out of college, he performed a gig regularly in North Carolina before heading to Nashville in 2014.

In that same year, Combs already released two EPs. His first EP, titled "The Way She Rides", hit the stores in February, while his second EP "Can I Get an Outlaw" was released in July. Combs released his debut single "Hurricane" in 2015. The popularity of the single helped him secure contract with River House/Columbia Nashville, which later re-released the single in October 2016.

Following the re-release, "Hurricane" topped Billboard Country Airplay and peaked at No. 3 and No. 31 on Hot Country Songs and Billboard's Hot 100 charts respectively. The single was included on Combs' debut album "This One's for You", which was unveiled on June 2, 2017. While the album peaked at No. 4 on Billboard 200, it topped Top Country Albums.

In June 2018, the album returned to the top of Top Country Album thanks to the release of the expanded version of the album, "This One's for You Too", which contained five new songs. The release of the third single off the effort, "One Number Away", also played a part as it topped Billboard's Country Airplay chart.

Combs continued to gain momentum during the back half of 2018 due to the ballad "Beautiful Crazy" that became a radio smash. It ruled Country Airplay Chart in February 2019. With that, he became the first country artist to have five No. 1s on Billboard's country chart with his first five singles. "Beautiful Crazy" also helped Combs become the first artist to simultaneously hold the top position on all five of Billboard's main country charts.

His continued success led to him being nominated for Best New Artist at the 2019 Grammy Awards, though he eventually lost the trophy to %cDua Lipa%. Despite that, it didn't let him down as he continued releasing new music. On May 8, Combs unveiled "Beer Never Broke My Heart", the first song off his forthcoming second album that has yet to have a title nor a release date. Following the release of the song, he was invited to become the newest member of the Grand Ole Opry in June.