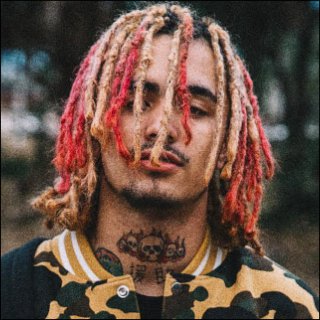 Born Gazzy Gracia on August 17, 2000, %cLil Pump% grew up having little interest in music. It was not until he was expelled from school in the ninth grade for fighting another student as well as threatening his principal that he began writing raps and making his own track.

His music career started when %cSmokepurpp%, whom he was introduced to by his cousin, asked Lil Pump to record a track over a beat entitled "30's" in 2016. The track was posted to music streaming website Soundcloud, but later on, it was deleted for an unknown reason. He didn't stop uploading tracks on the website, though. Soon after, Lil Pump released his debut single "Lil Pump", which was quickly followed by "Elementary", "Ignorant" and "Drum$tick". All of the songs earned over three million streams.

In 2017, Lil Pump released two new singles on Souncloud entitled "D Rose" and "Boss", which soon became major hits on the streaming service, collecting a combined 70 million streams. The popularity of "D Rose" eventually led a Chicago-based producer Cole Bennett to direct a music video of the track. The music video was released on January 30 and gained million views in no time.

Lil Pump began seriously pursuing his career as a rapper after he signed a record deal with Tha Lights Global and Warner Bros. Records on June 9, two months before his birthday. And finally, on August 31, he premiered a track entitled "Gucci Gang". Just like his previous songs, it soon became a big hit, peaking at No. 3 on Billboard Hot 100. The song also marked the rapper's first entry on the chart.