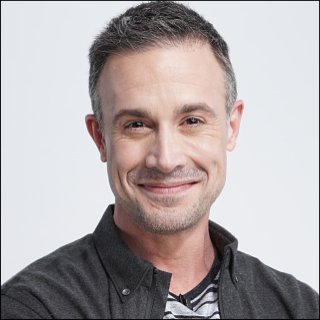 Freddie James Prinze, Jr. was born on March 8, 1976 in Los Angeles, California. He began dating future wife, actress Sarah Michelle Gellar, in 2000 and got engaged the following year. The couple, who tied the knot on September 1, 2002, have two children together; daughter Charlotte Grace Prinze (b. 2009) and son Rocky James Prinze (b. 2012).

Completing his high school in 1994, Freddie determined to make a career in professional acting and he made it. He at first landed guest spot in an episode of the ABC TV series "Family Matters" in 1995 before making his film debut in "To Gillian on Her 37th Birthday" the following year. He next acted as Ray Bronson in hit thriller flick "I Know What You Did Last Summer" (1997) which launched him to success. He reprised the role in its sequel "I Still Know What You Did Last Summer" the following year.

In fact, Freddie could reenact a successful acting once again with his role as Fred Jones in "Scooby-Doo" and "Scooby-Doo 2: Monsters Unleashed". After that, he starred in films like "Shooting Gallery", "Brooklyn Rules", and "Jack and Jill vs. the World". Besides, he also provided voices for "Shark Bait", "Happily N'Ever After", "Delgo", also "Mass Effect: Paragon Lost".