The upcoming album will be the 'Cool for the Summer' hitmaker's ninth studio album as she released her eighth album titled 'HOLY FVCK', which she described as a 'funeral' to her pop music, in August.

AceShowbiz - Demi Lovato has something exciting for her fans. Taking to her social media platform, the "Cool for the Summer" hitmaker revealed that she is back in the studio, working on new music.

In the footage, Demi looked effortlessly beautiful with simple makeup and red lipstick that matched her outfit. The "Camp Rock" actress donned a red lace tank top underneath a black leather coat.

Some fans believed that Demi's grunge look in the video hinted that her upcoming album will be a rock one. "PLEASE TELL ME ROCKVATO IS HERE TO STAYYYY," one person commented, with a second asking, "ANOTHER ROCKVATO ALBUM?" Another Lovatic, "Yess! Is it more rockvato! And red is my favorite color on you."

"LETS GO ROCKVATO," someone else remarked, while a fifth urged Demi to "release the rock versions of your hits!!" Another excited TikTok user chimed in, "DEMI LOVATO WE'RE SO READY ROCKSTAR."

The upcoming album will be Demi's ninth studio album. The Grammy-nominated singer released her eighth album titled "HOLY FVCK" on August 19. She described her 8th album as a "funeral" for her pop music and candidly admitted that it's the only album she's written completely sober.

"I've definitely been through a ton, that's no secret to the world. After going through even more stuff last year, I came out of treatment again and I realized, I really want to do this for myself and I want to make the best album possible, something that really represents who I am," Demi explained during an interview with "The Tonight Show Starring Jimmy Fallon" in June.

"The best way to do that and the easiest way to do something the most authentic is to do it clean and sober. I made this album clean and sober," Demi told host Jimmy Fallon. "I can't say that about my last album, but this one, I'm really, really proud about." 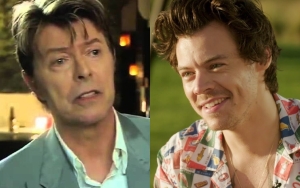