After posting a sweet photo herself and her new beau, the former spouse of Billy Ray Cyrus shares a quote that reads, 'In God's perfect timing, everything will turn out right!'

AceShowbiz - Tish Cyrus has moved on with Dominic Purcell following her split from Billy Ray Cyrus. The manager/producer confirmed her romance with the "Prison Break" alum by sharing a PDA-filled photo of the two on social media.

The 55-year-old posted the said snap on Instagram Story on Sunday, November 27. In the picture, which was taken from behind, the twosome could be seen sharing a sweet hug while sitting poolside.

"Thanks for the cute photo @vijatm," the mother of Miley Cyrus and Noah Cyrus wrote over the image. She added a red heart emoji and tagged her new beau. 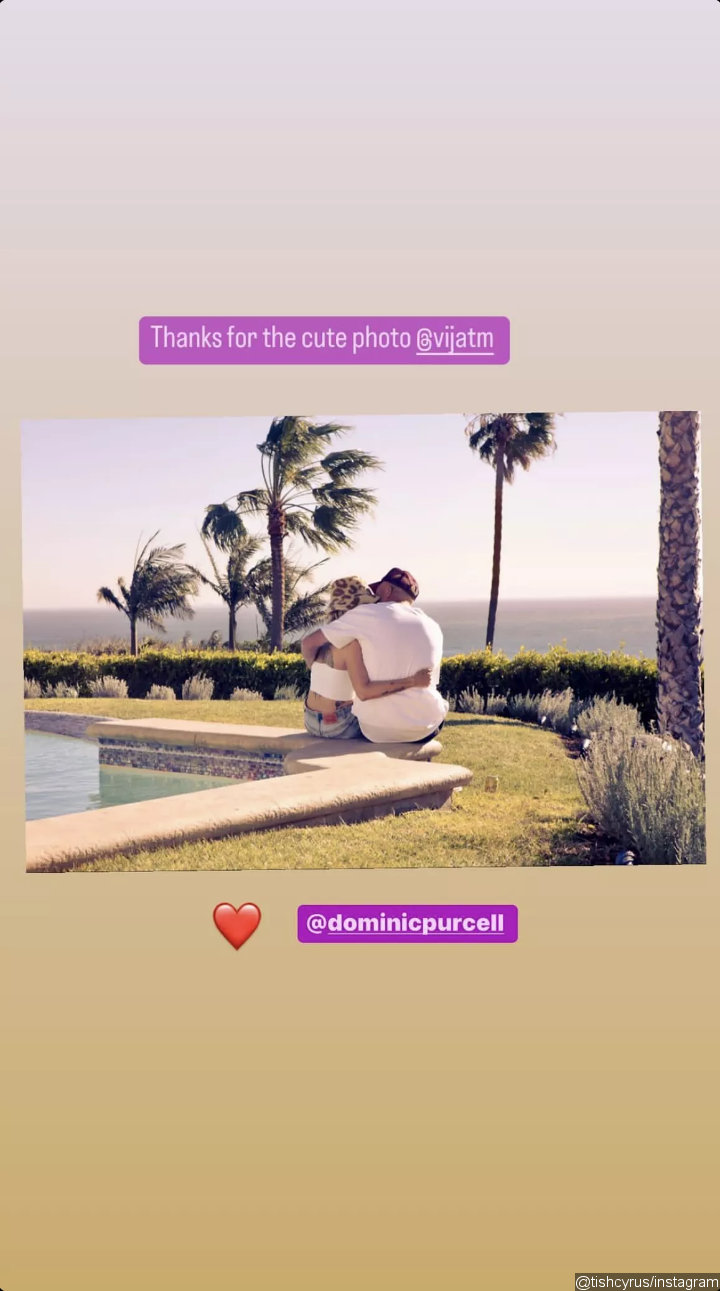 Tish later shared a quote that read, "In God's perfect timing, everything will turn out right!" In her own words, she penned, "Sometimes that's hard to believe but it is so TRUE."

Tish and Billy announced their split in April, admitting they broke up "with love in their hearts." In a joint statement, they said, "It is after 30 years, five amazing children and a lifetime of memories, we have decided to go our separate ways - not with sadness, but with love in our hearts."

"We have grown up together, raised a family we can be so proud of, and it is now time to create our own paths," the former couple continued. "We will always be family and look forward to a continued and loving shared experience as friends and parents."

Billy himself is now engaged to Australian singer Firerose. When detailing the proposal earlier this month, she recalled, "Billy looked at me and said, 'Do you, do you wanna marry me?' And I was just like, 'Of course I do. I love you.' He said, 'I love you. I wanna make this official. I wanna be with you forever.' "