The 'Outside Today' rapper starts calling out the 'Hot N***a' hitmaker after the latter took aim at those who bragged about what their friends have done, though he later claimed that he wasn't talking about YB.

AceShowbiz - In an unexpected feud of hip-hop artists, NBA YoungBoy a.k.a. YoungBoy Never Broke Again has found himself getting involved in an intense back-and-forth on social media with Bobby Shmurda. It all started with the Baton Rogue spitter calling out the Miami native.

"Ok mr 'von shmurda' you better stop the violence boy!" the 23-year-old wrote. "I thought you was a fan (laughing emoji) & don't lie. Go make a hit. I just want to be friends." He added, "Well talking violent. Help me keep the peace or just stay far away slave."

It was in response to Bobby's video in which he said he didn't want to hear anyone bragging about what their friends have done. He, however, later claimed that he wasn't even referring to YB in the first place.

Meanwhile, Bobby's longtime associate and fellow rapper Rowdy Rebel recently went on Math Hoffa's "My Expert Opinion" and spoke on King Von's death. "When King Von died, Lul Tim n***a, he didn't have to get out of the car and start squeezing right away. You already got yours drawn," he explained.

While it seemingly wasn't related to Bobby's message, YB later took aim at both Bobby and Rowdy. "I ain't even say this perm-having b***h name. N***as just wanna bring Top up," he said in a video posted on his Story.

Bobby then tried to have a face-to-face conversation with YB on Instagram Live, but was not able to get his foe to join. He said that he doesn't do "this Internet s**t," before claiming that he makes $100,000 a week and is "2-and-0 on the year" while being on parole. "Please I don't want no beef @nba_youngboy," he stressed in another post.

Laughing it off, YoungBoy said, "I'm gonna stay out yo' way, and hope you don't get too close," he just wants to be Bobby's friend and that he's tripping. YB said that Bobby was "doped-up" while on camera and that he used to be that way as well. He added that he would pay Bobby to help him "stop the violence."

Bobby said he feared that his back-and-forth with YoungBoy would get in trouble because he's still on parole. Nevertheless, he didn't stop mocking YB, calling him "one of the biggest slaves" in the music business.

YB responded by sharing a screenshot of direct messages between himself and Bobby with several laughing emojis. In the caption, he wrote that he had blocked Bobby before he "can say another word." He added, "I just want you to win crazy man."

Bobby also posted on his own feed the DMs that YB had shared. In the caption, he called YB the "feds." He wrote, "Nah you da feds how dis get outtt I don't wanna hear nothing else I'm sorry to all the gangster entertaining this I apologize please I don't want no beef with nobody."

In the end, YoungBoy deactivated his Instagram page, while Bobby has seemingly removed all posts related to his beef with YB. 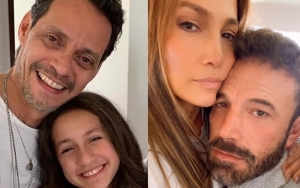 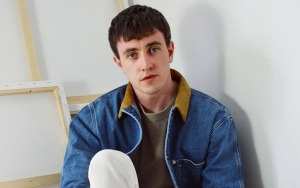